Two years ago I spent some time on the eastern side of the Chiricahua Mountains. It was really nice. Yesterday I went to Chiricahua National Monument on the west side of the range. It’s known for its hoodoos. 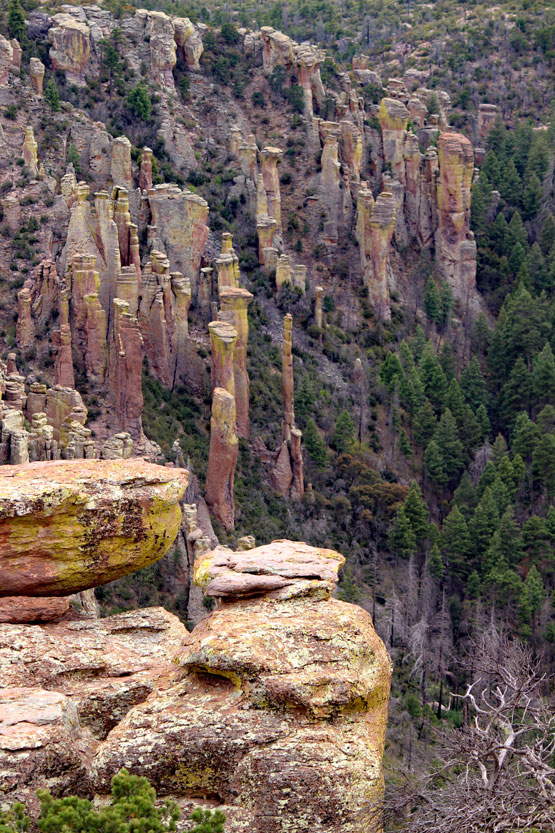 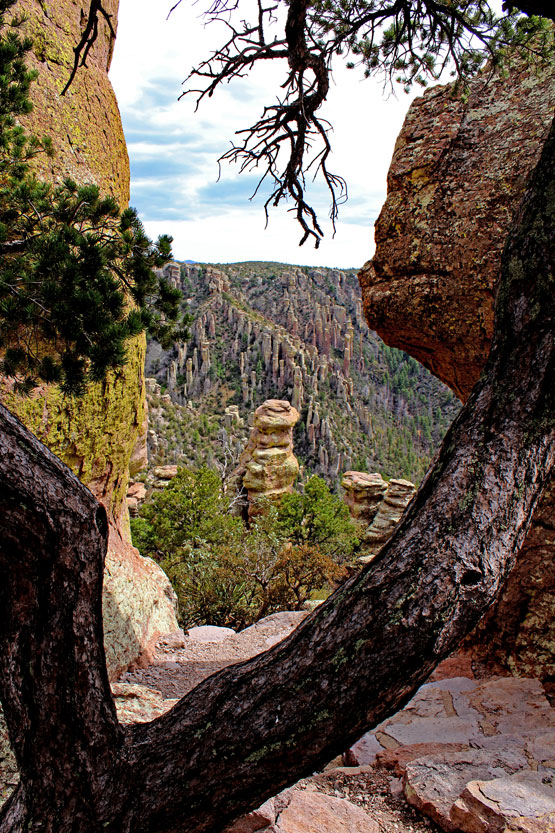 It was nice to get up out of the typical southeast Arizona desert and up into forests of oaks, sycamores, cypress and pines. 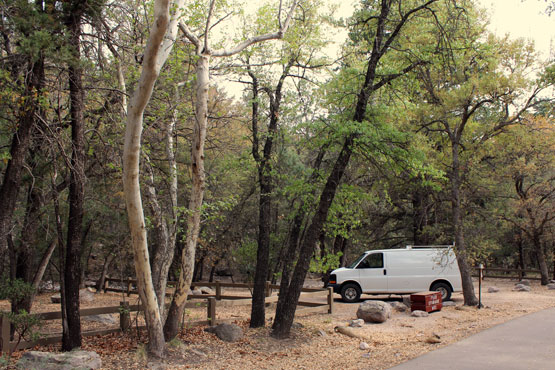 I managed to snag a reservation at the small campground. It was odd that there was no check-in procedure. Just drive to the campsite with your name on it. All my fellow campers were quiet and though there were bear boxes in which to lock up your food, there were no sign of bears. In the middle of the night I heard what I first thought was a brief patter of rain on the roof, but it was just stuff from the trees. Oh, yeah. It has been a while since I camped with anything overhead.