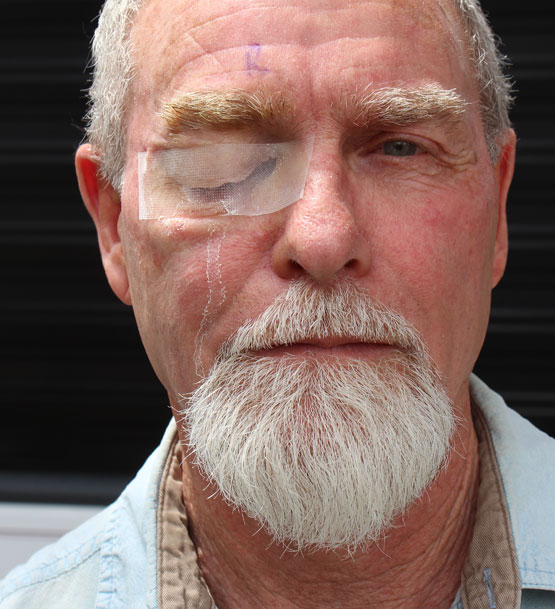 Lou had surgery today for an epiretinal membrane in his right eye.


Epiretinal membrane (ERMs), also commonly known as cellophane maculopathy or macular puckers, are avascular (having few or no blood vessels), semitranslucent, fibrocellular membranes that form on the inner surface of the retina. They most commonly cause minimal symptoms and can be simply observed, but in some cases they can result in painless loss of vision and metamorphopsia (visual distortion). Generally, ERMs are most symptomatic when affecting the macula, which is the central portion of the retina that helps us to distinguish fine detail used for reading and recognizing faces.

The tape can come off in a few hours. In the meantime he has zero depth perception. (How did pirates deal with that?) He has written instructions for post-op care. There are also a series of followup examinations.

Just the thought of even highly qualified people poking around in the eye gives me the willies. However, the surgeon says this is no big deal—as far as eye surgery goes. And Lou is calm. But that could be the drugs.