The forecast said rain, probably thunderstorms. I thought back to the last downpour I was in and decided I’d rather be on pavement if the sky was going to open up.

The dirt I was camped on wasn’t as dense and gravely as other parts of the desert. It could become too soft. There were wheel tracks where past boondockers and ATVers had driven when the ground was wet. Better safe than sorry. (I’m getting old.)

Okay, so where to? I don’t think Yuma is as tolerant as they used to be about overnighting in big box parking lots. Not knowing for certain would have me on alert all night. Can’t sleep like that. So I went to the RV lot at the Cocopah Resort. I’ve stayed there a few times before. Not scenic or quiet, but, hey, there’s a buffet. 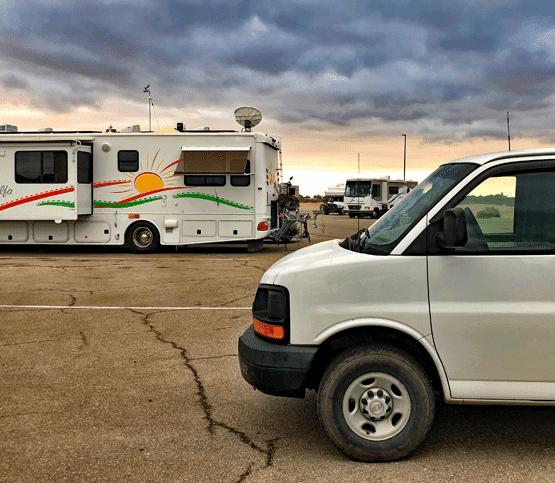