A large dragonfly must’ve flown in the window when I was driving, hit something, broke itself, and died in the Rolling Steel Tent. When I discovered it I tossed it out on the ground. Within two seconds a grackle appeared and flew away it, probably thinking, “Why are you throwing away perfectly good food?” 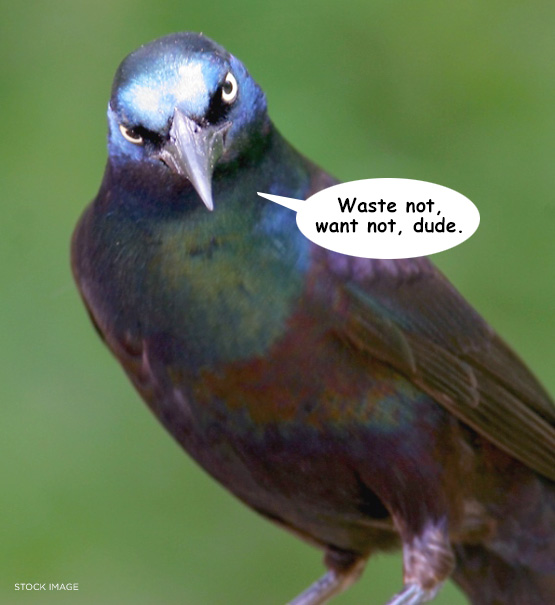 Whatever form of navigation birds use—sun, magnetic field, astrolabe—it must shut down when they fly into the Rolling Steel Tent. They’re unable to find the way they came in. At first I thought it was just a hummingbird problem, but some sort of larger bird was freaking out this morning. What’s the avian equivalent of an exit sign?

Doves are nesting at Lou’s place. I love their soft coo-coo coooooo. 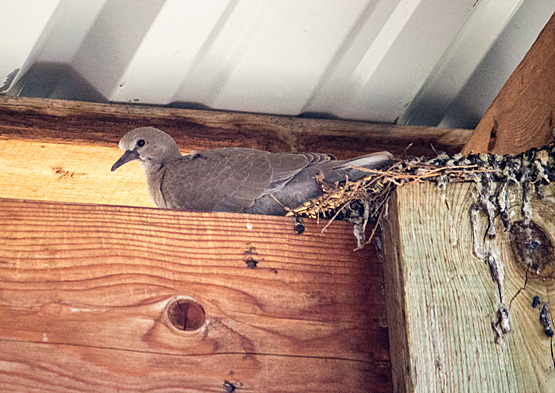