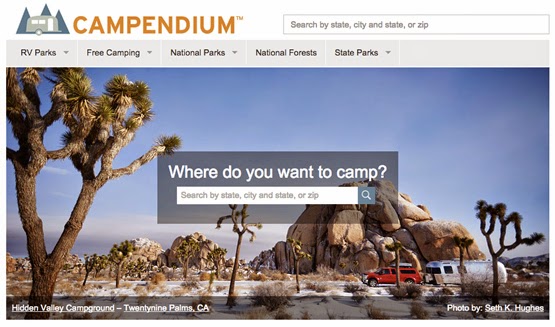 Okay, so it's only for established campgrounds, not boondocking areas, but there's another useful source for that, which I'll mention further down. 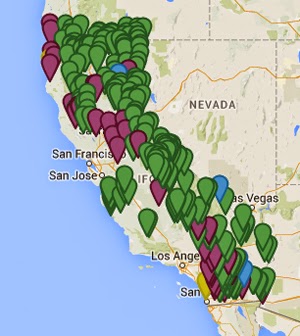 At the top of my wish list is free campgrounds. Campendium lets you search for only those, if you want. You can search by location, by amenities. You can filter the search results further.

< For example, this map shows just the free campgrounds Campendium lists for California. Unlike some campground finder sites, they all aren't in the Snowbird Belt. You want the Sierras? Big Sur? The Trinity Alps? They got 'em. And more.

The listings often include photos and reviews, along with all relevant information. There are even suggested nearby alternatives. 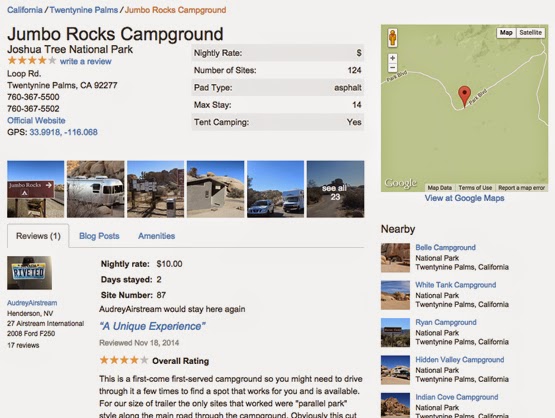 Okay, so this listing isn't for a free site, but you get the idea

Anyway, check out Campendium. You might also add your own campgrounds and reviews in order to build up the database and make it all the more useful.

Now, if what you really want to do is find public land where you can boondock, and you don't want to always be dragging out atlases or various government maps, then this app for Apple and Android smartphones and tablets is just the thing. US PUBLIC LANDS overlays Google maps and satellite views with the various public land jurisdictions. The app was created by Cherie Ve Ard and Chris Dunphy, the techie nomads of Technomadia.com. They've been wandering for years in their converted bus, so they know what their fellow nomads need: useful information. 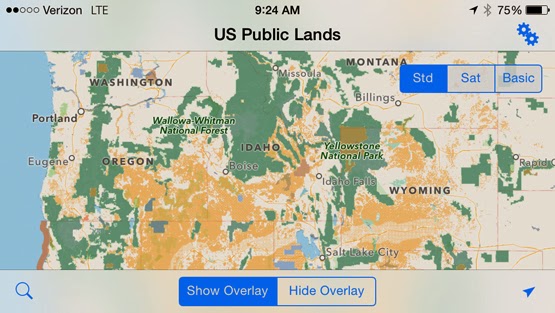 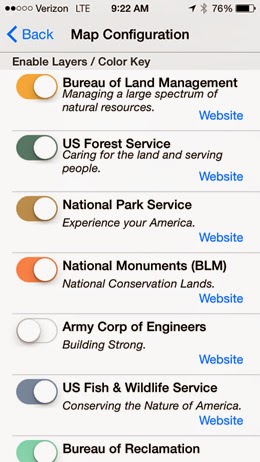 Like Google Maps, Us Public Lands shows where you are. "Oh, look, we are/aren't on Forest Service land." Or you can do a search for an area you're headed to.

You can choose which overlays you want to see, or hide them if it makes it easier to see details. You can zoom in as far as regular Google does.

One caveat, though, from Cherie Ve Ard: "Our source maps are from the US National Atlas (public domain). However, they only claim accuracy to 640 acres… so we wouldn’t recommend entirely trusting the maps to keep you off private land. Use your senses for that and/or double confirm with other sources. There are some private inholdings on public lands that simply won’t show up on maps at this resolution. As soon as the National Atlas releases higher res maps, we’ll update the app too." 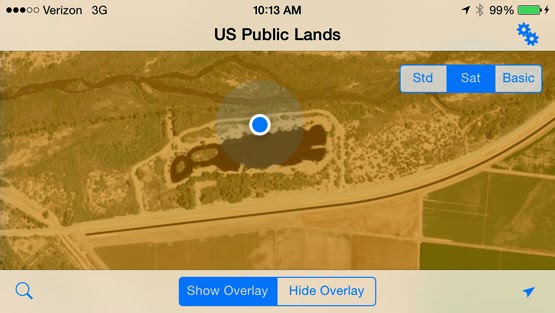 Oh, look! The blue dot is me right now, and the yellow overlay means it's BLM land.