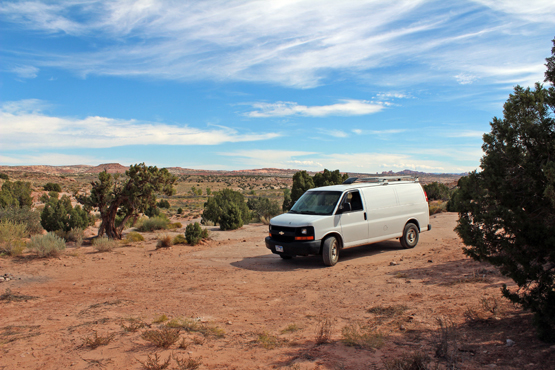 There are many camping options abound Moab. I decided to start off with a free boondocking area. Willow Springs Road runs east from Highway 191, about a mile north of the junction with Highway 313 that goes to Dead Horse Point State Park and Canyonlands National Park. 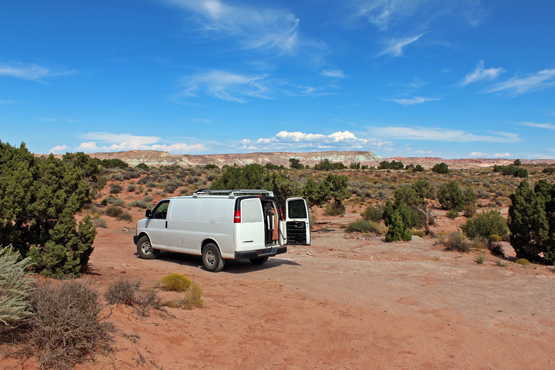 The dirt road has a few rough patches, but it was just a matter of slowing down and letting the Rolling Steel Tent "walk" over the bumps. Most of the camping spots (like mine) are on slick rock—though it's not slick at the moment. There's a good 4G signal here. Yay! 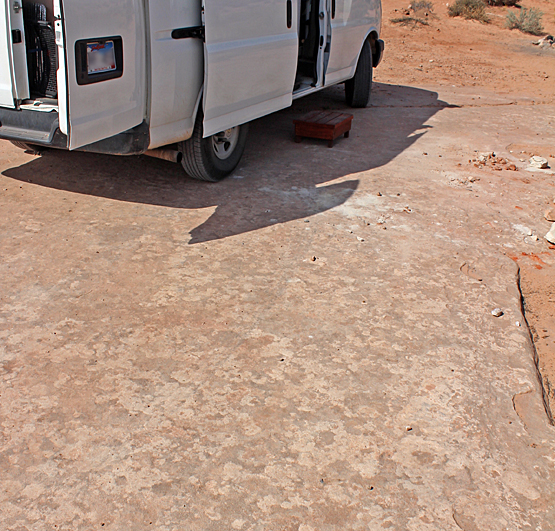 I won't be driving any stakes here

It's about seven miles to the entrance of Arches National Park. I haven't gone in yet because the lines at the entrance were long when I drove into Moab for groceries (and a bungee cord). I'll see if first thing in the morning is better, though that probably isn't an original idea. There could be even more traffic then. If so, then late afternoon, which also might not be an original idea. Oh well.