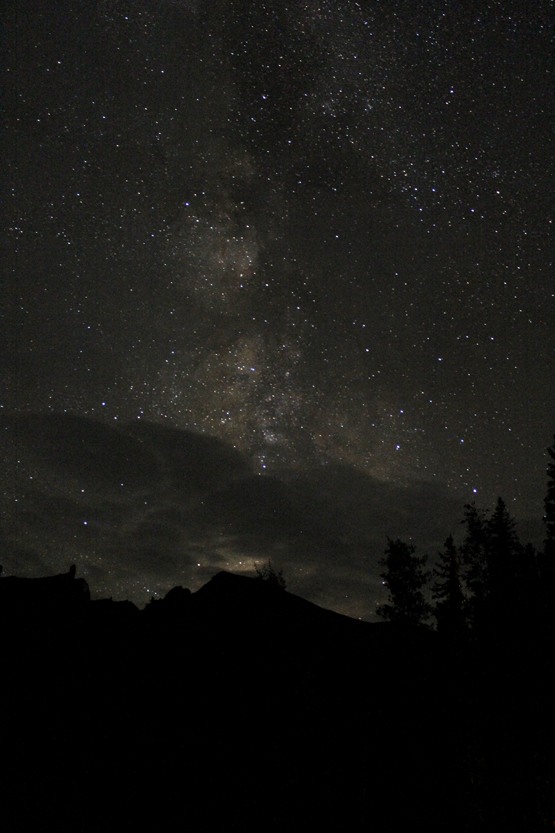 The past couple of nights it was too cold to be out shooting sky photos. It was a little warmer tonight, partly because of some clouds. Others also thought it was a good night to shoot, and from pretty much the same spot. We exchanged photography tips.

"What're you shooting at?"

I never know what I'm going to get until I start making exposures. How would the clouds interact with the stars? This time it was kind of cool. A large cloud cut through the Milky Way. It was almost like the stars were sparks shooting out a volcano (which the mountain used to be) and the cloud was smoke.