What do you do if you're the owner of the local water company, with a 1.2 million gallon water tank, in a region that tends to decorate its water tanks? If you're also Lou Gariano, you commission a mural commemorating the American space program. And you create the Space Murals Museum. 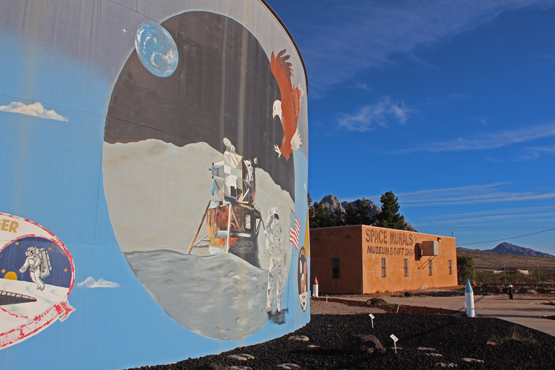 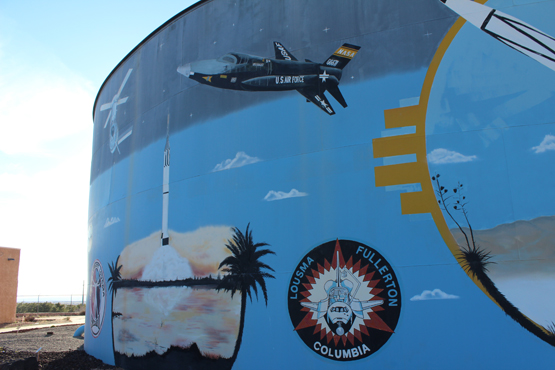 It was like revisiting my childhood when everyone was glued to black & white TVs to watch every moment of every flight. Alan Shepard's brief up and down flight. John Glenn's orbit. The Gemini missions. The Apollo missions' fly-bys of the moon and, finally, Apollo 11's moon landing. It was an exciting, amazing time. 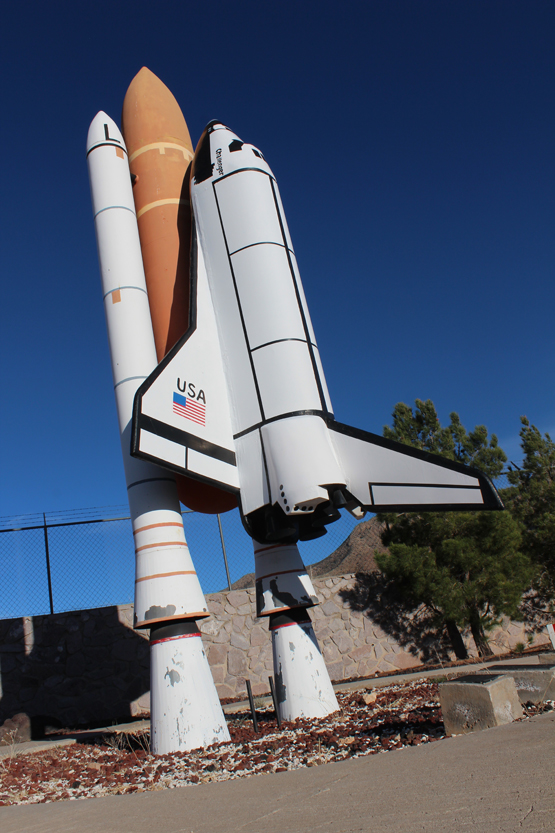 Scale model of the Challenger built in Lou's shop

I had become jaded by the time of the Space Shuttle, but I watched the first mission because I had a hard time believing such an ungainly thing could get off the ground. I wasn't watching during the Challenger disaster because the Space Shuttle was old news by then (and because I was in a studio directing the photography of some computers). And when news broke that Columbia was doomed, I didn't want to watch.

The museum is a hodgepodge of donated and salvaged items. The chronology jumps around a bit, with things added where they fit in the room. But it's impressive for a small, low-budget museum. So if you're ever driving on US70 between Las Cruces and White Sands, stop by and bring back some memories—or create new ones.