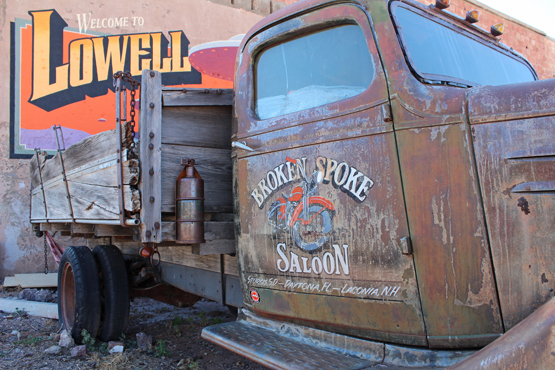 Jay Allen is a big deal in the world of motorcycle-related media and entertainment. He's also from Bisbee, Arizona. I would be passing through Bisbee, so I made a point of stopping by Erie Street in the Lowell neighborhood. Jay Allen bought most (if not all) of the street and turned the early-20th-century commercial buildings into his offices and workshops, storage for his collection of bikes and cars, and a sort of gearhead retro wonderland. 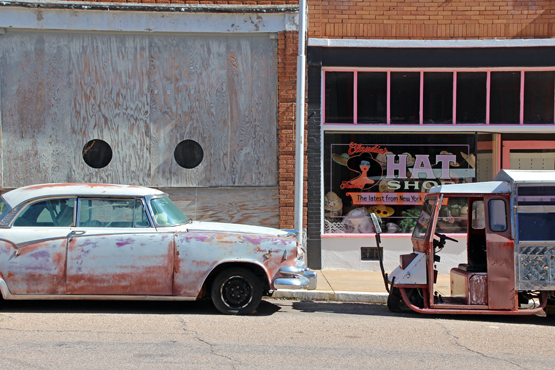 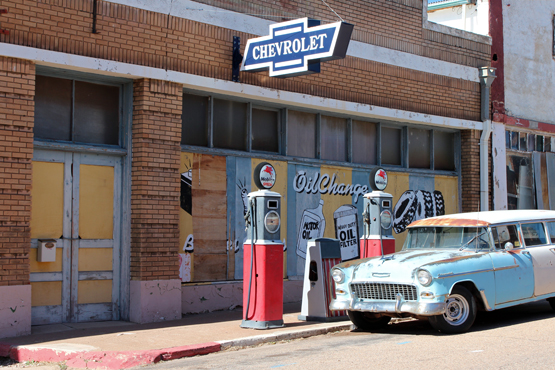 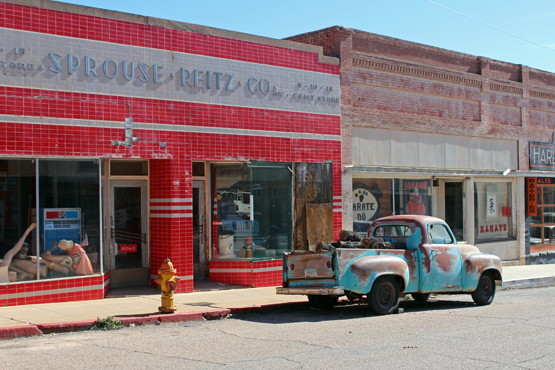 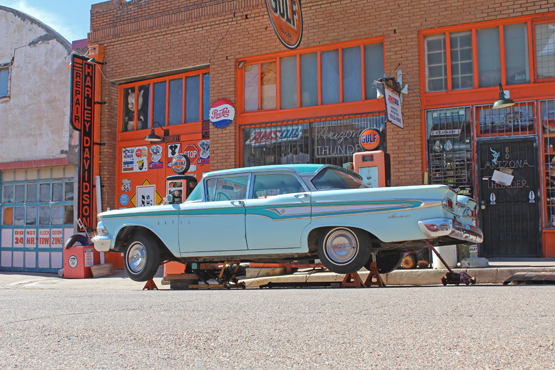 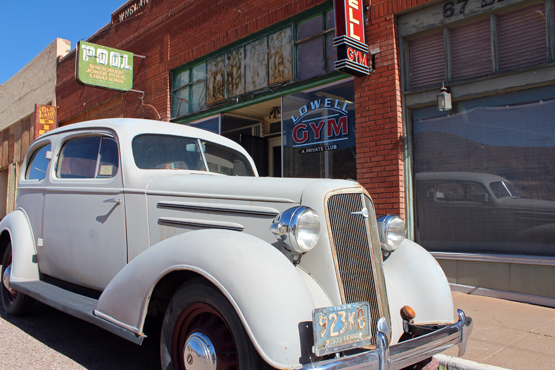 It's rather cool and all, but there was one vehicle I especially wanted to see because I had no idea such a thing existed until I saw it on Google Street View (see screen grab below). A Hudson pickup truck!?!? 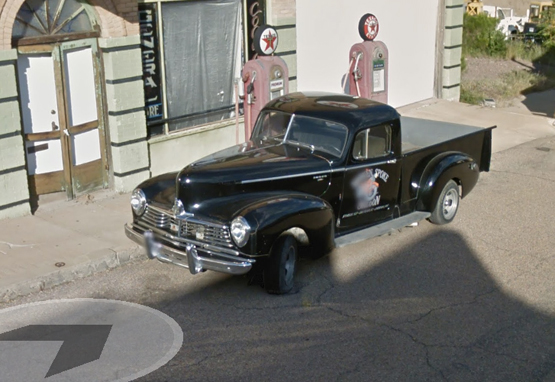 Alas, it had been moved, replaced by something less unique. Oh well. I got some grub at the Bisbee Breakfast Club and hit the road west.