Catching up on posts: Sparky's

Twenty years ago, Josie and Teako Nunn opened a burger and barbecue joint in the self-proclaimed Chile Capitol of the World, Hatch, New Mexico. They named it Sparky's in honor of a robot Josie had welded together out of junk.

Though their focus was food, they also understood the value of promotion. Ya gotta draw people in. One day, while Teako was searching eBay for interesting things with which to decorate the restaurant, he discovered a giant Uncle Sam statue for sale. Well, hell yeah! 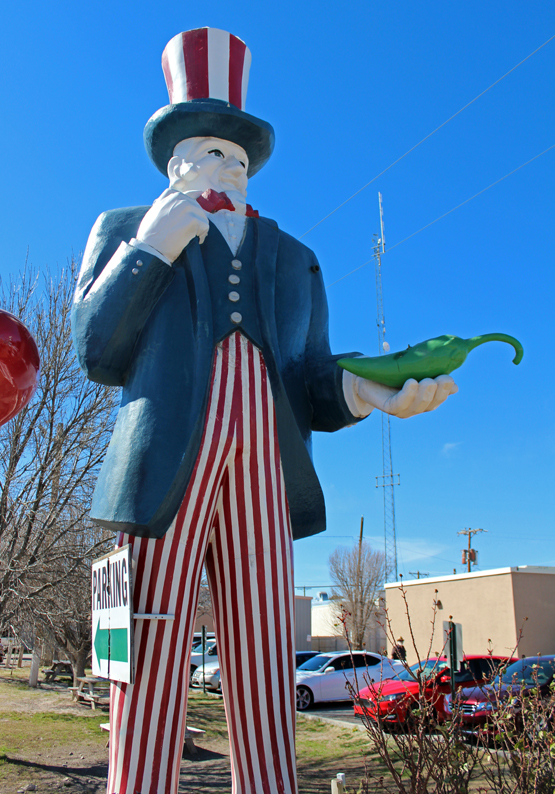 But it didn't end there. If one big statue would draw attention, then more of them would draw even more attention. The math of advertising. And of obsession. 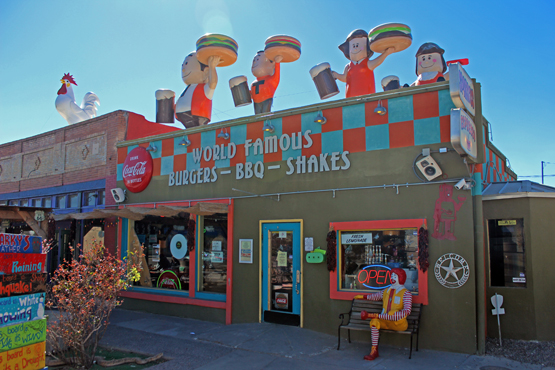 Evidently, the baby gets only a plate 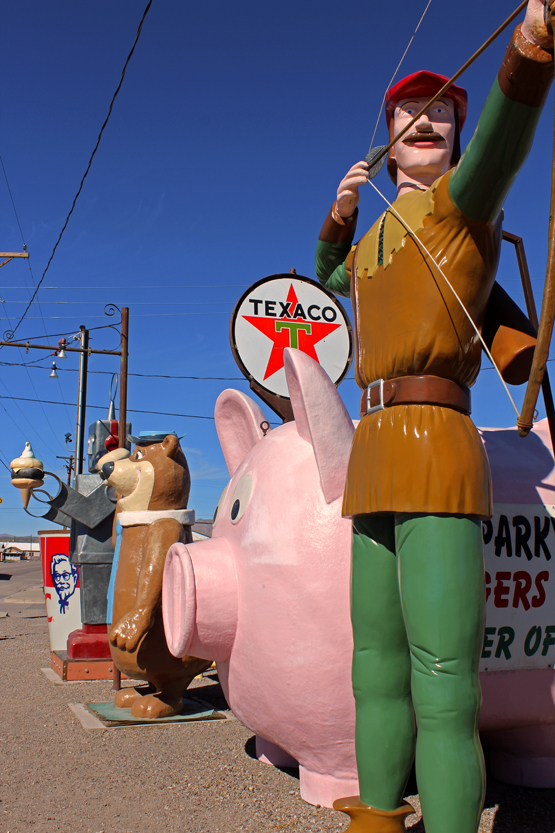 Meanwhile, across the street, in their parking lot... 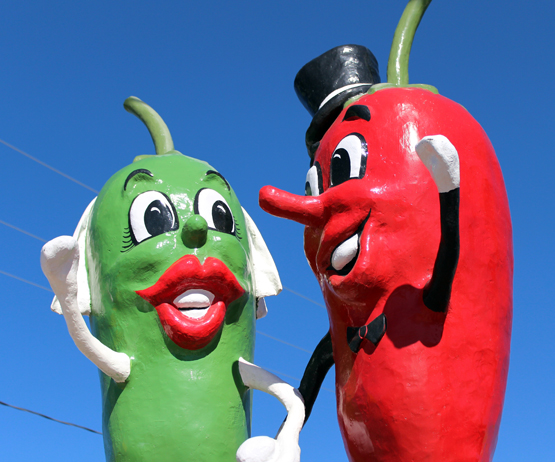 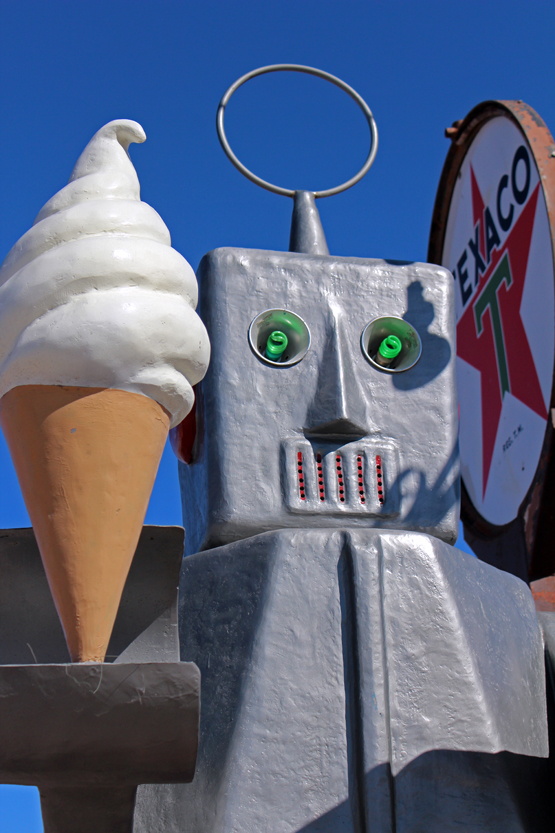 Being the skeptical type, I had to see if the colossal figures were promoting something colossally good. Or was I about to be a victim of hype. I ordered their World Famous Green Chile Cheeseburger. (It was named World Famous before any customers had tasted it. Again, the promotion thing.) It was delicious! No wonder the place was jumping.

Other businesses in Hatch have gotten on the big statue bandwagon, either for the fun of it or because they think the key to success is copying successful people. If the later, what they should be copying are exceptional products and services.