About this time last year I posted that I didn't know where I wanted to go next. It's sort of a spring conundrum. Where is somewhere interesting? Where is something new? Where is someplace I know I like? Where is the weather agreeable?

I've really enjoyed my time on the California coast, but it's hard on my budget. I can't keep paying for campgrounds and I don't have a free or nearly free alternative that doesn't involve imposing upon friends or avoiding cops. I need to go elsewhere for a while.

I could head from here to the Mojave, see some of the ghost towns, then spend some time at Lake Mead before heading to southern Utah. It makes sense, but I'm not really feeling it.

Or I could go to the Cottonwood-Sedona area. Or do the Pahrump to Death Valley to Lone Pine thing. Eh.

Last night, as I thought about how I hate leaving the coast, it occurred to me, "Hey, what's the weather like in San Felipe?" Not bad, it turned out. I had a spark of excitement. I could still be by the water, but much more cheaply. The place would be crazy during Semana Santa (Holy Week), but I could be out of there by then. Yeah. Yeah! That's the thing! 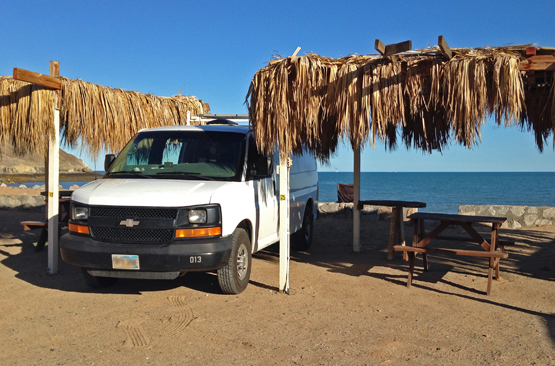 But I woke up with doubts.

So, the plan now is to go to Los Algodones, stock up on meds, and see how I feel about the San Felipe thing when it's just three hours away.

Or maybe I'll wake up with doubts about that semi-plan, too. My brain annoys me sometimes.