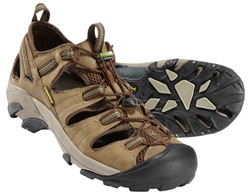 I have a pair of Keen Arroyo II shoes I've worn nearly every day for more than two years. Obviously, I like them. However, they're starting to wear out. I have a second pair I bought about a year ago just in case Keen were to discontinue that model. (Third General Rule of Consumer Products: Stop making whatever Al likes.) So I put the first pair aside last week and started wearing the second pair.

Gazing into the future, I thought, "They're still making the Arroyo II, but how much longer? Maybe I should get a third pair to hold in reserve."

Since I'm seldom around stores that sell Keen shoes, and since the stores that do don't always have the model I want or the size I need, I went to Zappos.com. Okay, they had them. I checked my bank account and realized I'd need to wait. Being unable to buy something at the moment (or ever) doesn't keep me from shopping around, though. That's when I saw another Keen model. 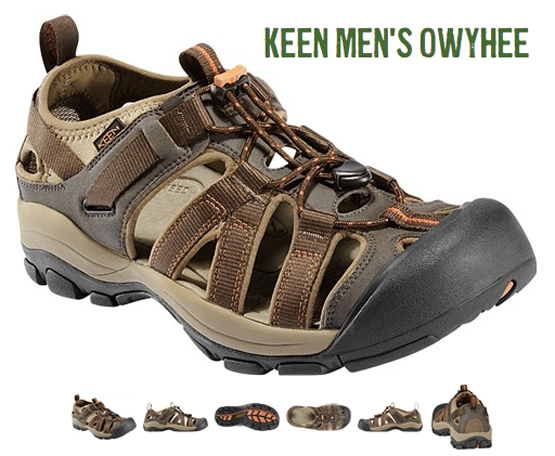 Ah-ha. Similar but a little lower in the heel, with openings in different places so I'd have a greater variety of tan spots on my feet. I decided to get those instead—when I had the money, of course.

Then, because the Interwebs know everything, I got a notice from Keen on my Facebook feed. They were having a sale. The net must've also known I'd recently received payment for an invoice. I had money and it was time to do some spending.

However, the problem was how does a guy who's seldom in one spot for more than a couple of days get the shoes into his hands and onto his feet? (Being a nomad isn't all carefree.)

Previously, I'd had packages shipped to my mail forwarder and then sent via general delivery to the post office near wherever I was willing to hang out for a few days. I've also had purchases shipped directly to friends or family with whom I was (or would be) staying. That's what I did this time. I'm hanging out with Lou at Coyote Howls East where there's an actual address I can ship to. I used some of the sale savings to pay for expedited shipping.

FedEx and UPS will deliver to some surprising places—Slab City, for example. Too bad they don't deliver straight to the Rolling Steel Tent wherever it happens to be.


"It's about two or three miles up Forest Service Road 3391, third or fourth turnout on the left. But only until nine-ish tomorrow morning. Then you can catch up with me on US89 northbound."

No? What if I sent a signal beacon out to an Amazon delivery drone? C'mon, it's The Future®! These things are supposed to be possible.