Settling in for a few days with the settler 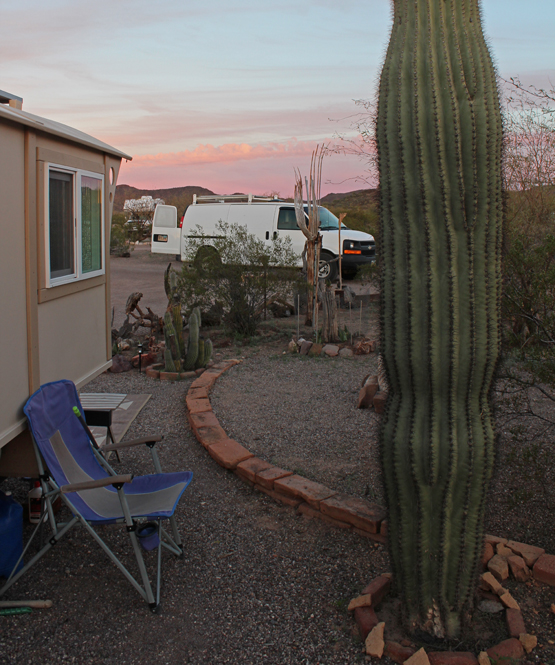 Whereas Coyote Howls West is set up like a standard RV park, the eastern part is sort of a hybrid of dispersed camping and RV park. In a way, it's like a cleaner, less freaky Slab City. With toilets and showers. And shuffleboard.

Many of the sites are occupied by people who pay for the entire year, every year. They bring in storage sheds, build patios, and landscape the hell out of their spots. Lou snagged a nicely landscaped site and decided to call it his own. He has expanded on the previous lessee's decorating, a shed is on its way, and he's going to retrieve his utility trailer of shop tools from his friend's place in Oregon. He has also found some friends with common interests.

I'm not surprised Lou is doing this. He went looking for a house the last time we were in the area. He talked about finding a place in Ridgway when we were there. He has that yearning.

Lou will hit the road, though, when it gets too hot here in Why. He might want a place to call home, but he's not insane. It just means we'll meet up on the road less often.