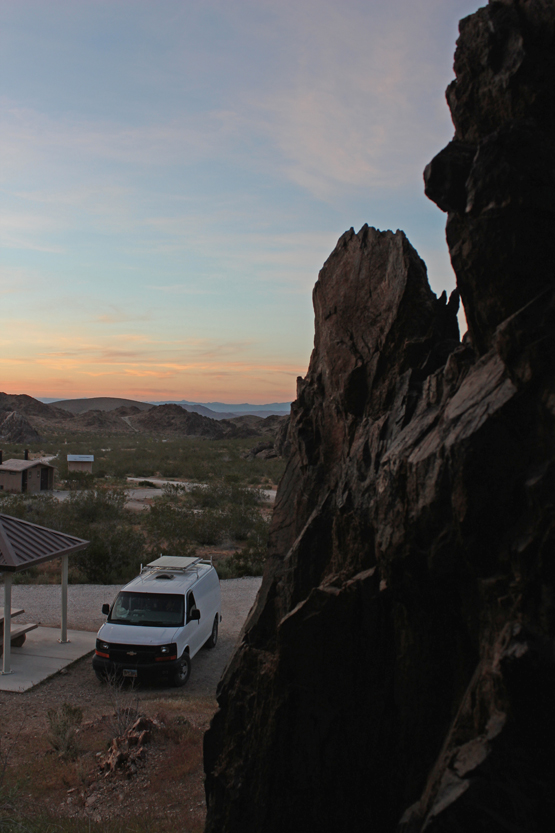 My impression of the Mojave Desert had been formed by numerous dreadful trips along Interstates 15 and 40, which, for some reason, always occurred in summer.

A drive from Needles to Barstow, at the end of a transcontinental slog, seemed like it... would... never... end. It was over a hundred degrees and the sun had been up less than an hour. I worried my engine would blow up, leaving me in the middle of hell. Why would anyone want to be out here? They must be insane.

Well, I'm out here and, as near as I can tell, I'm not insane. Mental health professionals might disagree.

I've spent the past four winters discovering I like the desert. So I'm off discovering more desert to like. I had read a couple of articles about the near-ghost towns of the Mojave, places built on dreams that died shortly after being realized. Amboy, Kelso, Nipton, Zzyzx...

When you're going out in the Mojave, it's a good idea to know places to spend the night. So I did some research, read some reviews. That's why I'm currently at Sawtooth Canyon Campground, off Highway 247 between Lucern Valley and Barstow. It's a neat, clean, quiet place tucked up against some dramatic rock formations. There are shelters, tables, fire pits, toilets. And it's free. Perfect. The weather is perfect, too. Mid-70s and a light wind during the day, low 50s at night. I had planned on spending just one night then moving on. But I'll stay at least one more day. It says a lot about a place when Mr. Itchy Feet (me) doesn't take off at first light.