I was checking RoadsideAmerica.com for interesting things near the bottom tip of Nevada when I learned about a mural painted on boulders at Chloride, Arizona. Hmmmmm, is it art or glorified vandalism? I figured I’d go see the mural in person before forming an opinion.

As I drove up the canyon I thought, well, it’s not like the mine hasn’t already messed the place up. And there’s nothing particularly spectacular about the geography. So, if this is defacing, it hasn’t defaced much. It’s just another of humanity’s presumptuous acts of inflicting its will on the natural world. 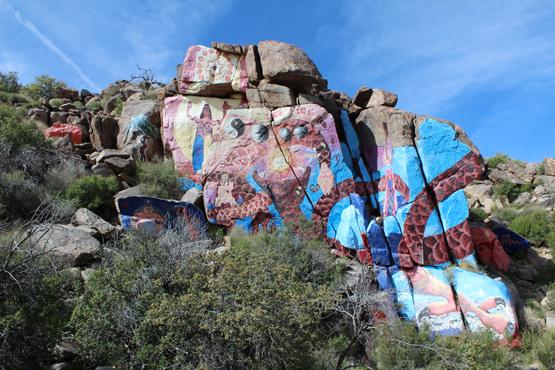 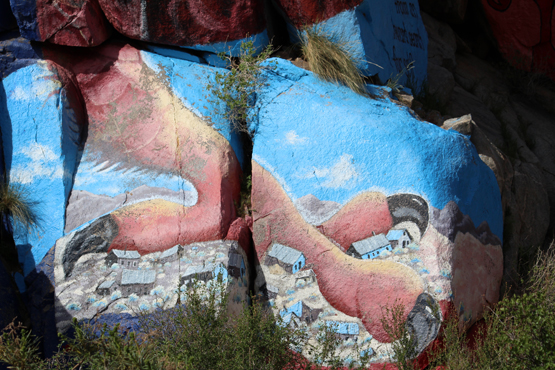 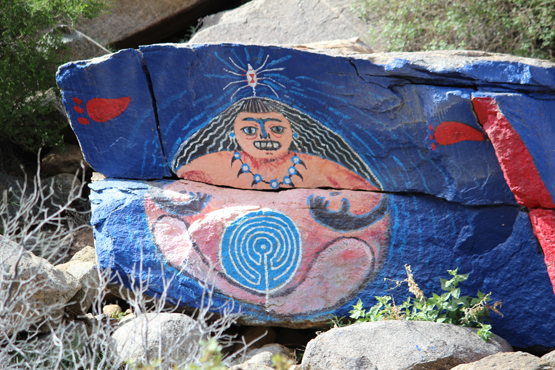 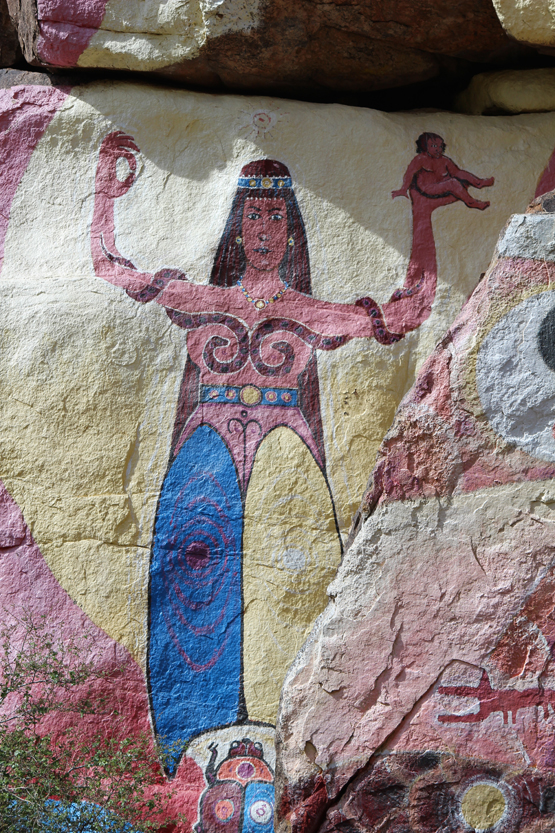 When I got to the mural my first impression was it’s the work of an ambitious folk artist. I like folk art. I used to collect it back when I lived in buildings and had walls and mantles and display lighting. But, eh, this mural wasn’t doing anything for me. 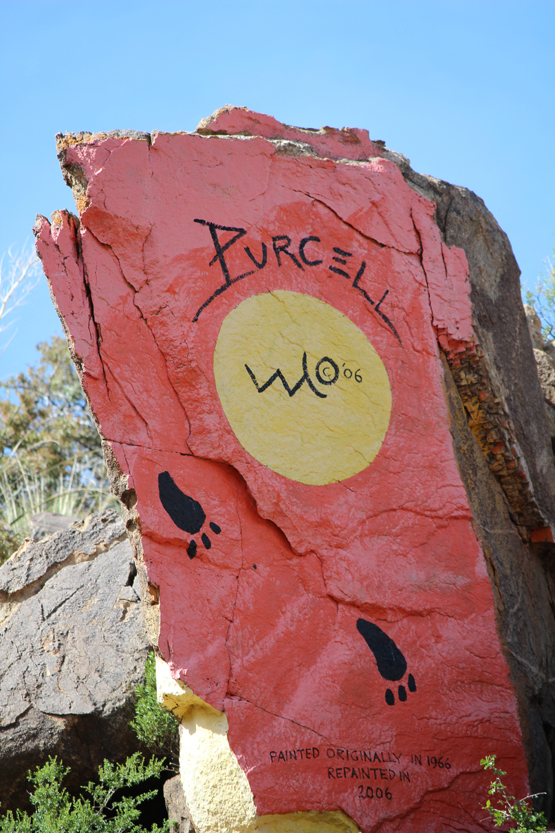 Maybe one reason was that it was originally created in 1966 but had been repainted in 2006. Repainted? Aw man. I was thinking maybe it was the peyote-fueled vision of some hippie desert rat who disappeared into obscurity. Who comes back forty years after the fact to restore folk art? Decades of weathering might’ve made it more mysterious and interesting. 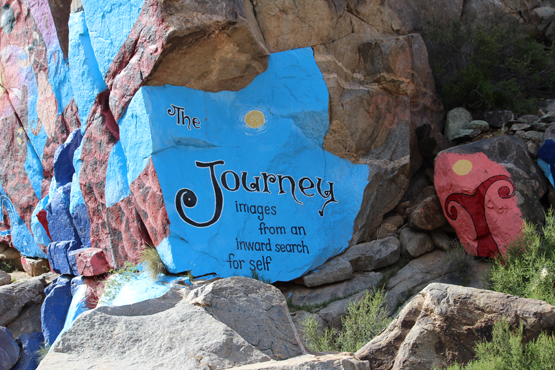 So who the hell is this Roy Purcell guy who repaints his early work and puts a damn copyright mark on it? Turns out he’s a serious artist with all sorts of serious art and serious positions to his credit. That killed whatever interest I had left in the mural. Seriously.

But, hey, the great thing about art is that there’s all kinds for all tastes.