Van dwelling requires minimalism. This way of living is second nature for some. Others eventually adjust to living in only 350 cubic feet. Some just can’t do it, or don’t want to. This post is addressed to those who want to be vehicular nomads but have doubts they’d be happy living with only the things they could fit in a van.

Long before Henry David Thoreau gave society the finger and went off to live a couple of years in a one-room cabin, the ancient Greek philosopher Epicurus was making the case for enlightened minimalism. He believed the key to happiness was an untroubled life, and that the hassles of achieving and maintaining an extravagant life tended to outweigh the joys of having lots of goodies. Or as Tyler Durden said: 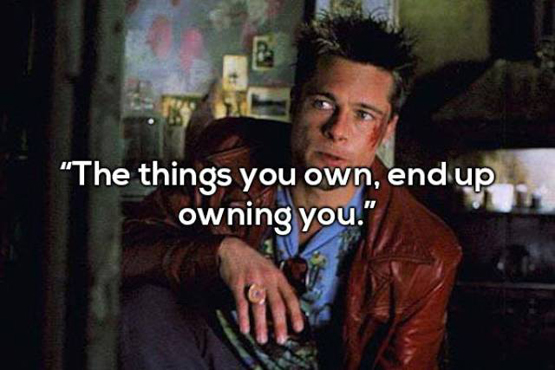 I don’t know whether Chuck Palahniuk (who wrote the novel) or Jim Uhls (who wrote the screenplay) put those words in Tyler Durden’s mouth, or whether Brad Pitt ad libbed them, but the idea is totally Epicurean.

[People misunderstood Epicurus when he said we should minimize unhappiness and maximize happiness. To them, happiness equaled having everything you could possibly imagine, so epicurean came to mean fond of or adapted to luxury or indulgence in sensual pleasures; having luxurious tastes or habits, especially in eating and drinking. Because being happy with only a few carefully chosen possessions was, like, incomprehensible.] 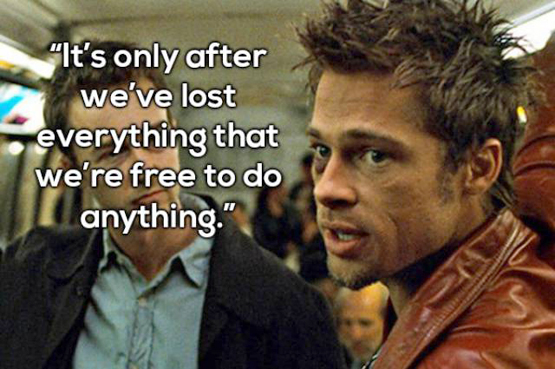 The money we don’t spend on things we don’t need is money we have to spend on the type of life that actually would make us happy. That money can finance freedom. The chance to do that, the time to do that, keeps ticking away. Nearly every nomad or minimalist I meet says they wish they had done this sooner. Is there anything you could own that would compensate for the regret of never doing it? 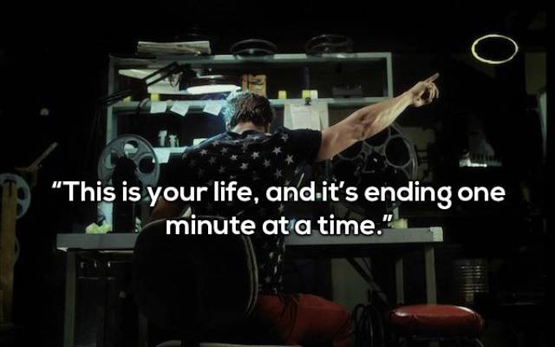