William Grandstaff was a mixed-race cowboy and prospector who settled in Moab in the 1870s. Negro Bill Canyon is named after him. Well, actually, it was originally named with the other N-word but changed in the 1960s. After much community input and debate, the Bureau of Land Management renamed the trailhead (but not the canyon) Grandstaff Trailhead last year. They felt it was a more appropriate name for a sign thousands of people pass as they drive state road 128 along the Colorado River. 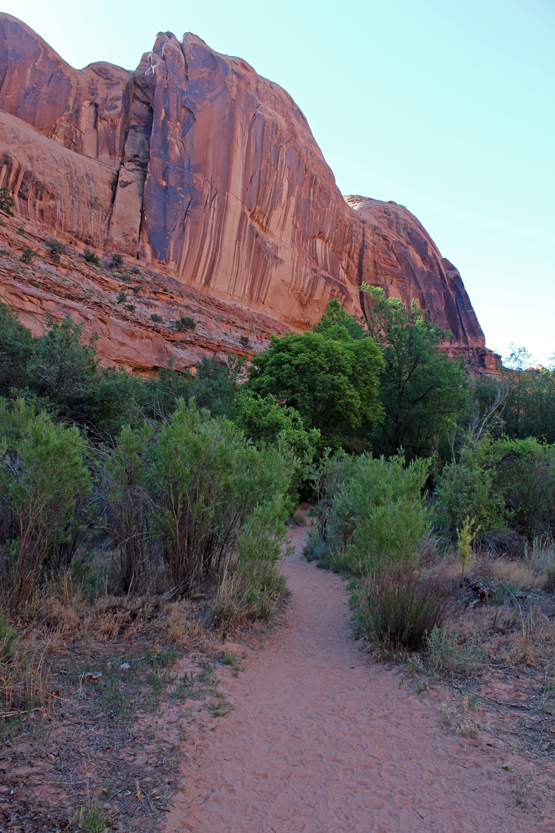 Whatever the place was, is or will be named, it’s a beautiful spot, particularly when the sun hasn’t cleared the rim of the canyon yet and it’s cool and shady. The trail follows a year-round stream along steep Navajo sandstone cliffs and through lush growth (which is green this time of year). Sadly, the canyon widens as the trail climbs, so the effect isn’t as cozy. 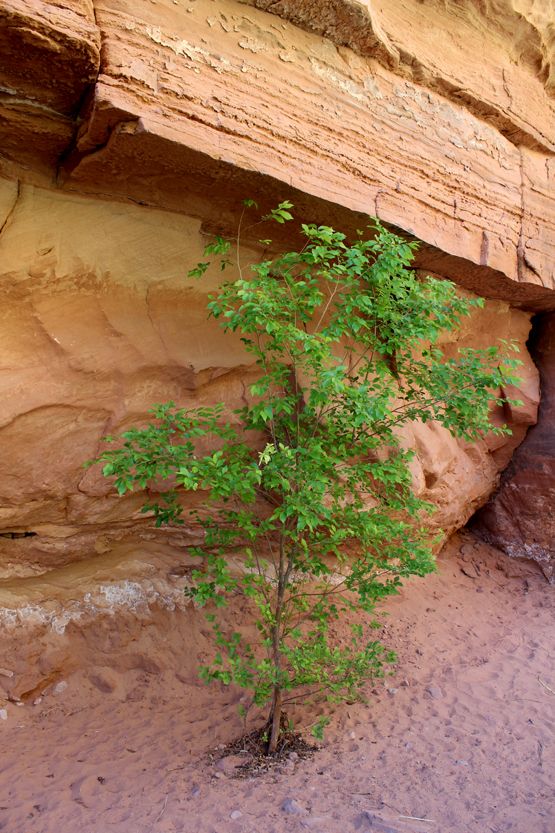 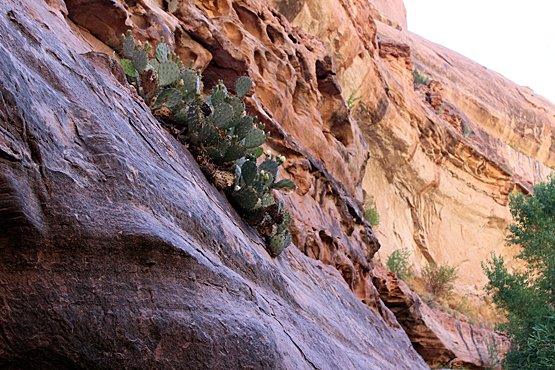 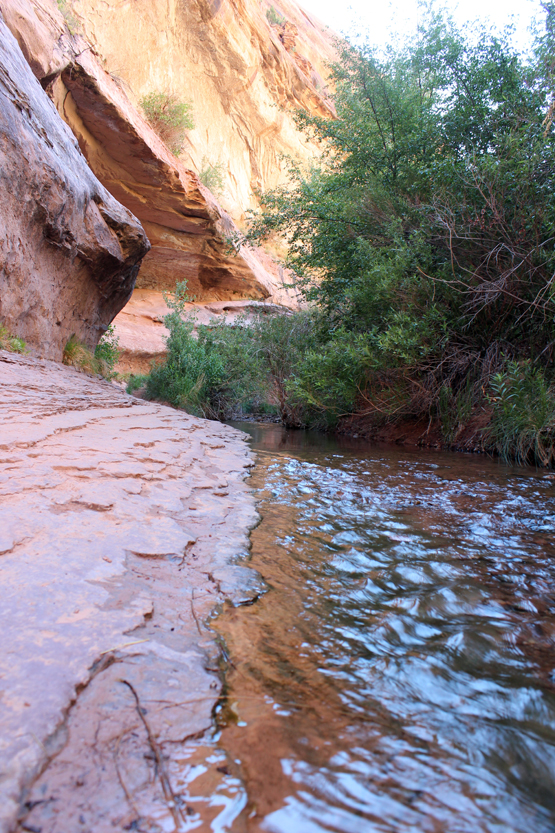 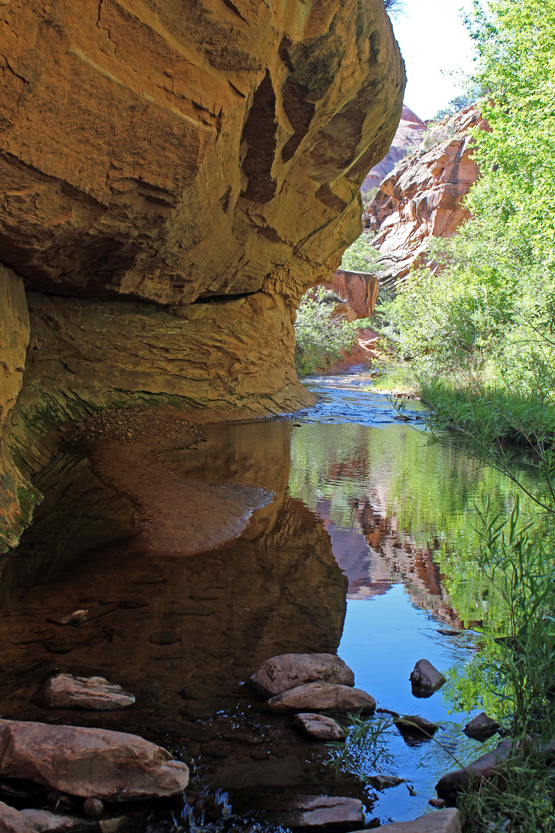 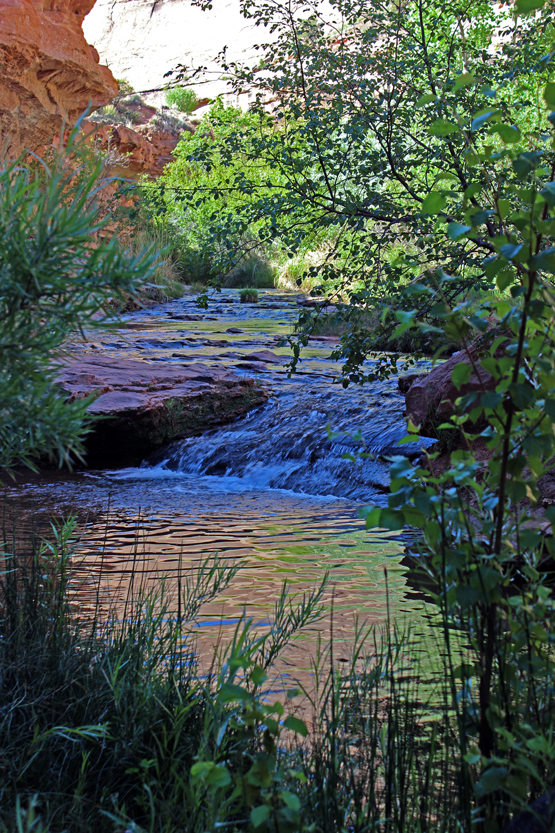 The trail ends at Morning Glory Arch, believed to be the sixth longest in the United States. I didn’t go that far. I’ve seen arches. I’ve photographed arches. I wanted to spend more time in the bottom of the canyon. I think you would, too.