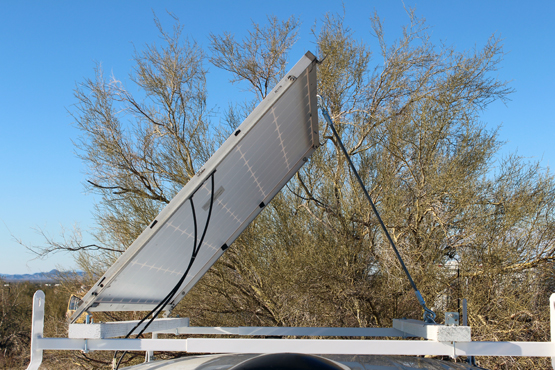 You may recall that back in January of 2016 I got a new roof rack and changed the way I mounted my solar panel. Two-by-fours lengthwise with hinges, anchor points and a prop rod mounted to them.

I thought it was a great improvement. But after a year and a half living with that setup, I decided, eh, no, I didn't like it that much. There were a lot of bolts to keep tightening because the the motion of the Rolling Steel Tent would enlarge the holes in the wood. And each tightening would compress farther into the two-by-fours. And it stuck up into the wind more. And it looked too homemade for my tastes. (Well, I did build it in a casino parking lot.) Also, thinking back on the past several months, I realized I didn't tilt the panel that often.

So, RST Solar Panel Mounting Version 4.0 is stone simple and low profile. And lighter. Just bolt the sucker to the rack. Edgewise. Four holes, four bolts, done. If I decide I need to tilt the panel after all, I can make some simple adjustments.

Next on the project list is to shorten three of the rack's uprights. I don't need them. I use the fourth one to mount my directional antenna. Oooo, angle grinder! Sparks! Manliness!

UPDATE: The uprights have been trimmed. Forrest used his handheld band saw. No sparks, but it was easier to get a straight line. 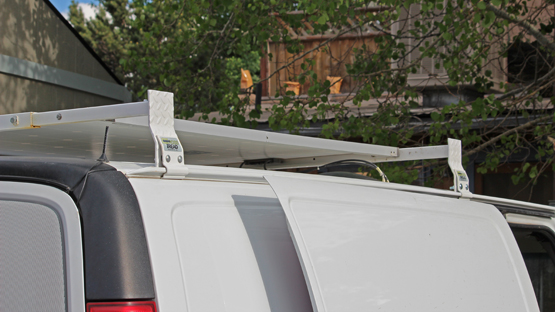