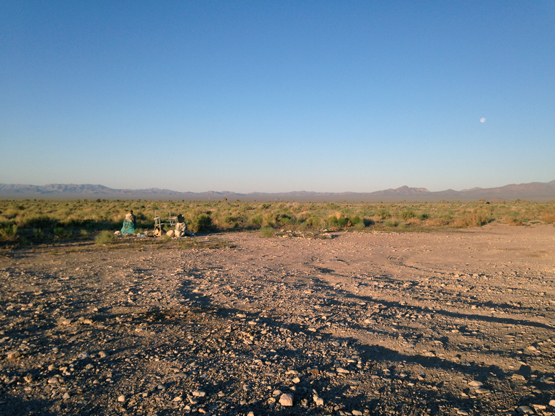 The Black Mailbox used to be just a rancher's mailbox by Nevada Highway 375 (a. k. a. the Extraterrestrial Highway). Then it became a landmark for where to turn if you wanted to sneak up on Area 51.

The landmark became a meeting place for UFO buffs. Someone spread the idea the mailbox contained secret documents going in and out of Area 51 (because, yeah, that's the way the Air Force handles its secrets) and they started poking through the rancher's mail. Some even left letters for the government. And for aliens.

Now the white Black Mailbox is gone. It used to sit atop this post. 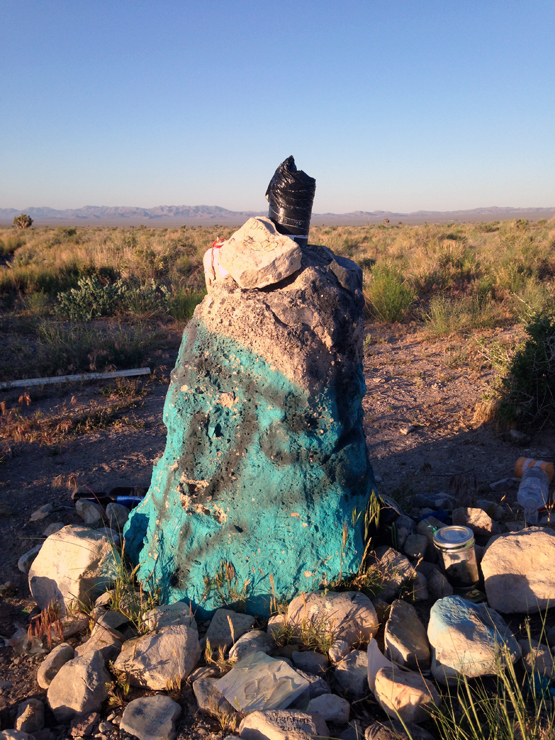 But someone has come along with a new Black Mailbox, in black. The area around it is a combination shrine and litter dump. It must be aliens leaving their empty beer bottles and discarded furniture, because humans wouldn't do such a thing. 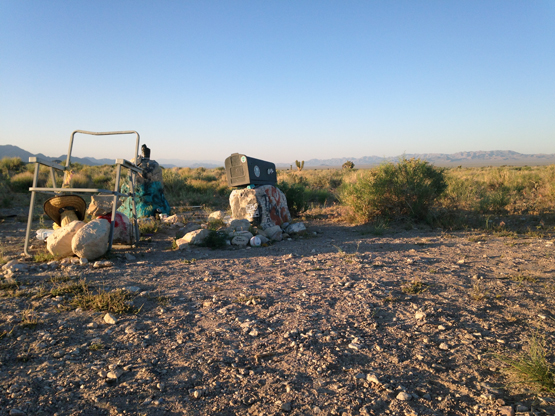 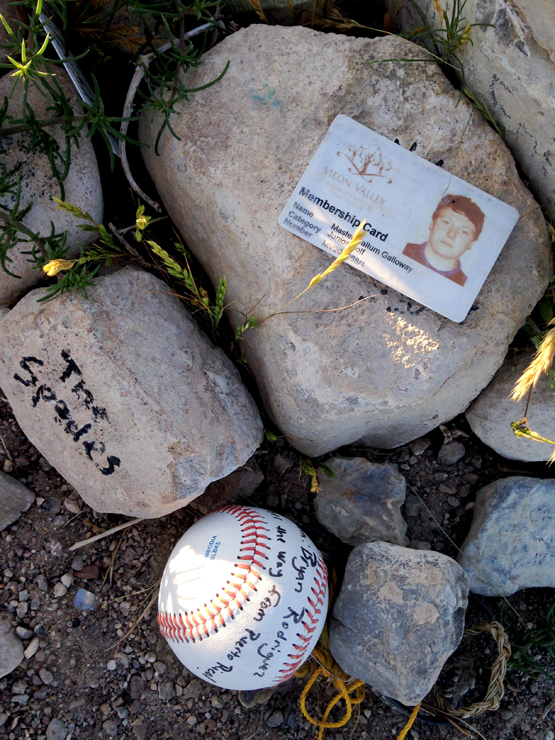 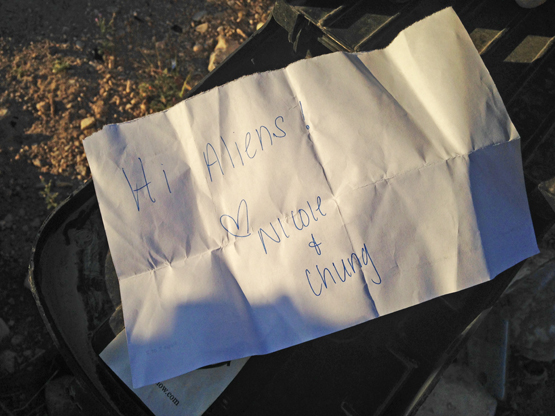 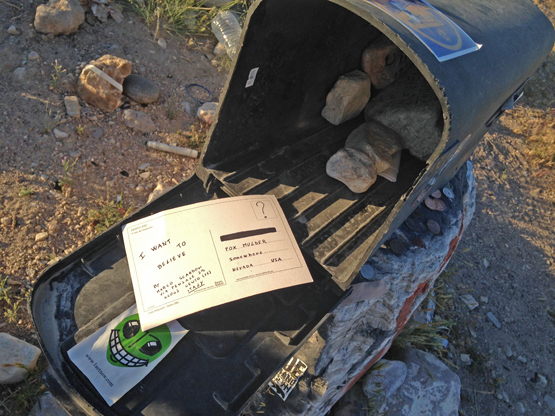 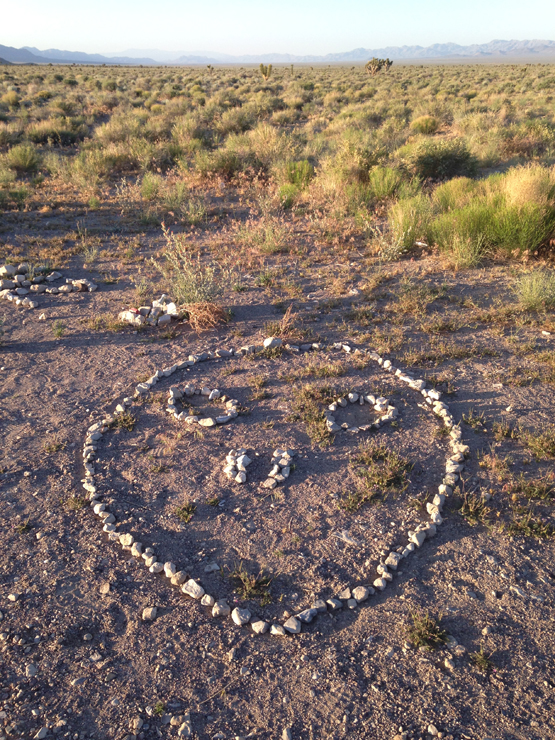 So, you're probably wondering if I drove out to one of the Area 51 gates. Yes. But I didn't take a picture because the sign prohibits it, and there was a guard (along with various cameras and sensors) watching me. So here's someone else's illegal photo. 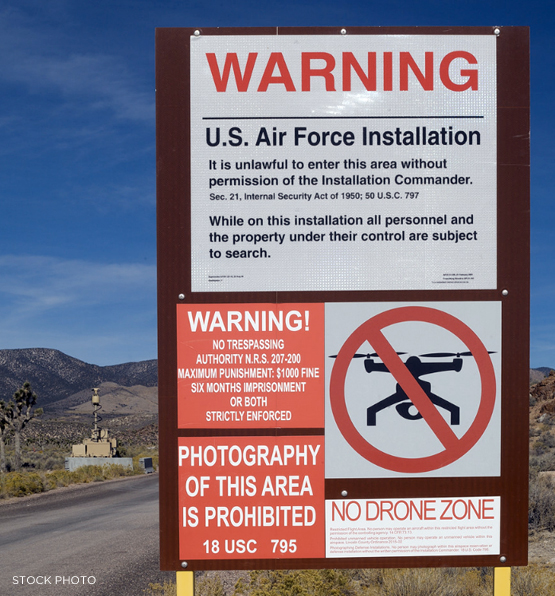