Going to the dogs 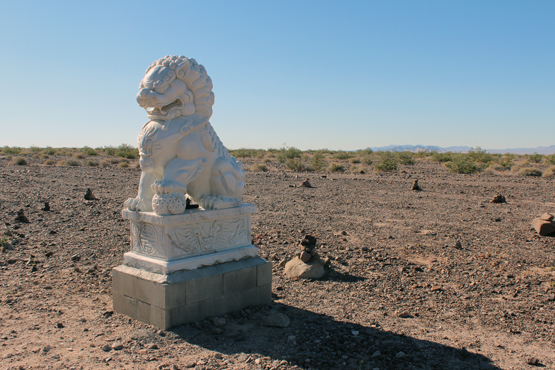 I missed them the first time I passed through because I was looking in the wrong direction. (A lot of life is like that, no?) But since I was back on Route 66, east of Amboy, California, I was determined to find the “foo dogs” I had read about at RoadsideAmerica.com and which my friend, Atli, had mentioned. (She's always finding cool stuff.)

“Foo dog” isn’t the right name, though. They’re guardian lions. Either way, I finally spotted them. They reminded me of the Big Boy statue I saw in a pasture between Cody, Wyoming, and Yellowstone. Why are the lions and Big Boy where they are? Because. 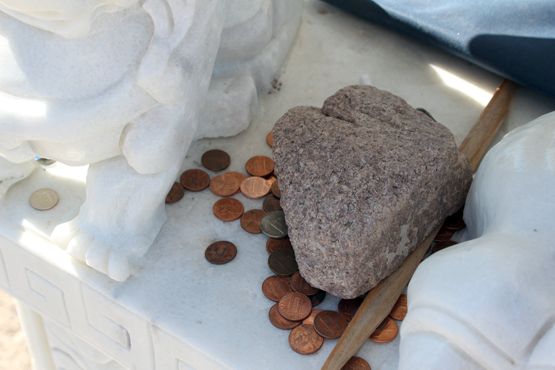 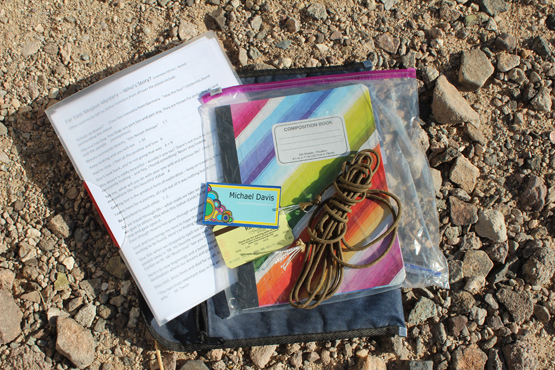 Some people have created their own significance for the lions. They’ve left offerings and written comments in a log book. A ring of small cairns has been assembled next to one of the lions.

Not everyone thinks the lions are special. One of them has been shot up. Because. 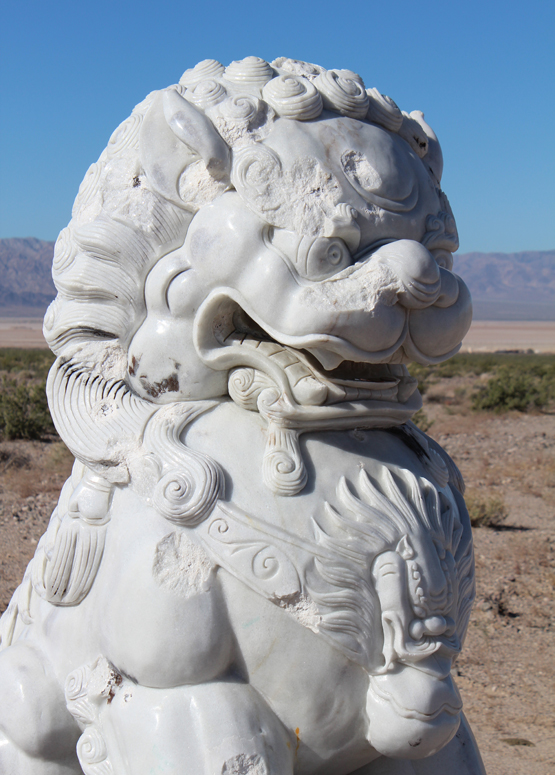 I think I have a clue why the lions are there. I nearly tripped over a boundary marker in front of one of the lions. 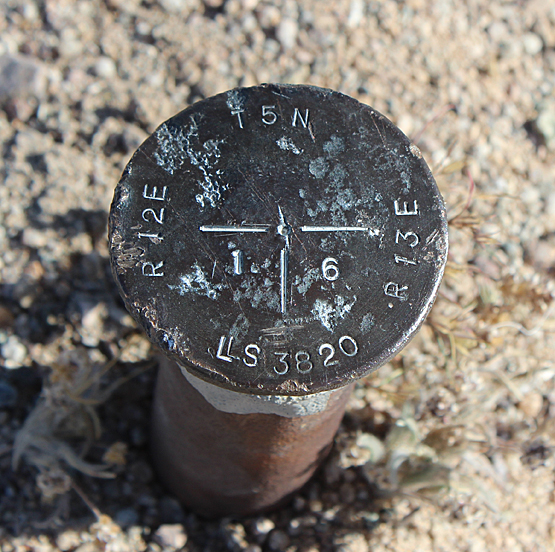 Had the property owner put the lions there to show the corners of his plot? A big sign announces land for sale. The land the lions are on? If so, what will become of them? The desert is filled with mysteries. 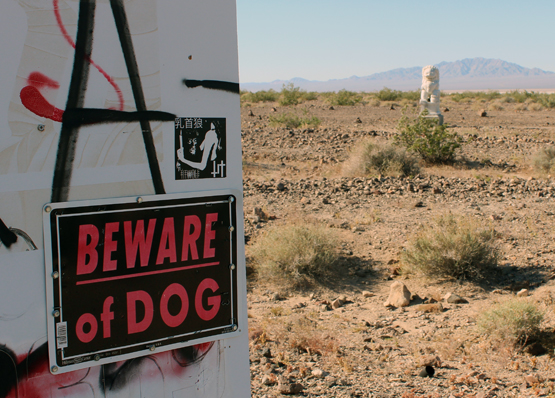