Here’s a quick update on my situation. 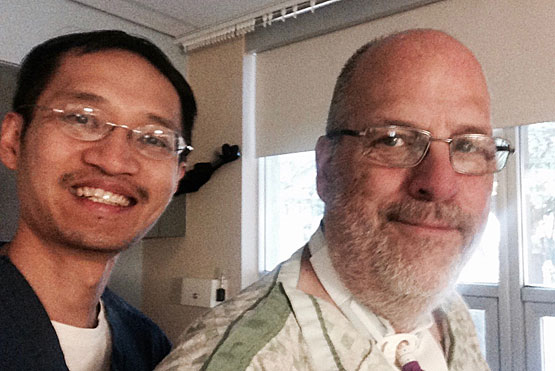 Dr. David Hu and You Know Who

Second, I was released from Tucson Medical Center yesterday and reunited with the Rolling Steel Tent. Dr. Hu said I was progressing well, that the stoma was healing up as it should. I have a load of self-care supplies, including a portable suction pump. I’ll be staying in a hotel for a few days until LaVonne and Lou arrive. It’s sort of a Memorial Day Weekend staycation. 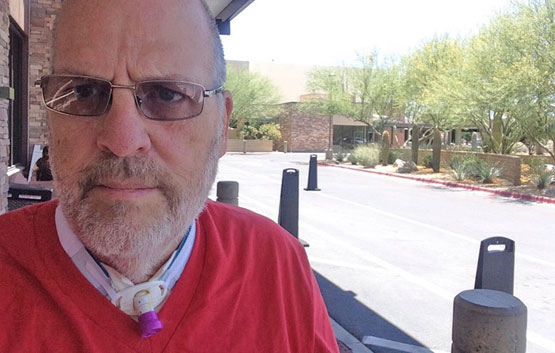 Waiting for the valet to return my home

The question, of course, is what adjustments will I need to make in my regular life now that there’s a hole in my neck? And how much energy will I have? And how independent will I be able to be—at least until cancer treatment starts? I guess I’ll find out. 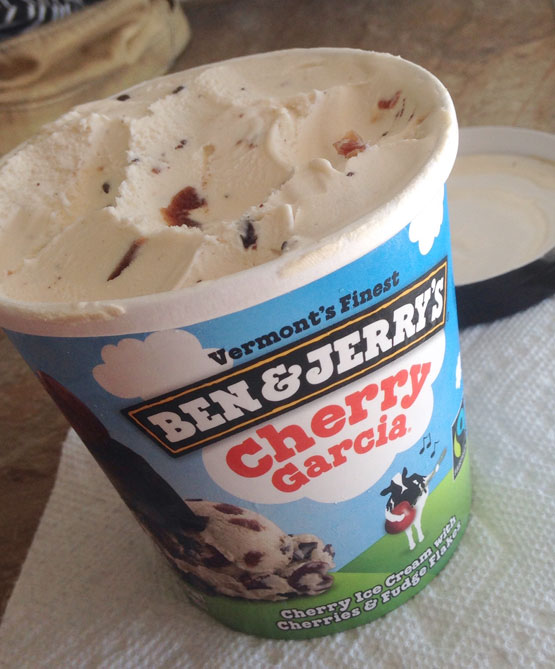 Having been autonomous for so long, I imagined from my hospital bed that it wouldn’t be a big deal to drive myself to Los Angeles. After all, I’m a driving fool. Eight hours of Interstate, the last of it crawling in traffic? No big deal. Just take it easy, don’t push myself. Break it into two or three days. Pull over and rest in my very own bed whenever necessary. Right?

But driving from the hospital, to the store, to the hotel nearly wiped me out. Okay, being driven is the prudent choice.

It’s especially prudent when I might have a huge snot bomb attack at any moment.

Most of my hospitalization I was dealing with the discharge of some sort of phlegm-ish immune system fluid. That has almost stopped but has been replaced with regular old snot. Or super snot. With only a millisecond’s warning it can explode from around the edges of the trach tube, my nostrils and mouth, expanding greatly in volume like a YouTube science experiment. (Watch how adding one drop of this chemical to two drops of this other chemical instantly creates a gooey foam mass the size of a bus!) It would not be good if a snot attack happened while driving.

So, basically, I’m feeling pretty good at the moment. I have enough energy to take care of myself, pain is limited to swallowing and a throbbing head, and logistics are under control. I have an appointment June 3 with the head of my treatment team. Then things will get very serious. Until then, I’m pampering myself and trying not to drown in gack.