I followed some online boondocking tips to a potential camping spot near Virgin, UT, not far from Zion National Park. It was raining heavily just to the north as I made my way down a dirt road with water-filled ruts and potholes. (It might have been a pothole farm.) But I made it this spot right on the rim of the Virgin River. 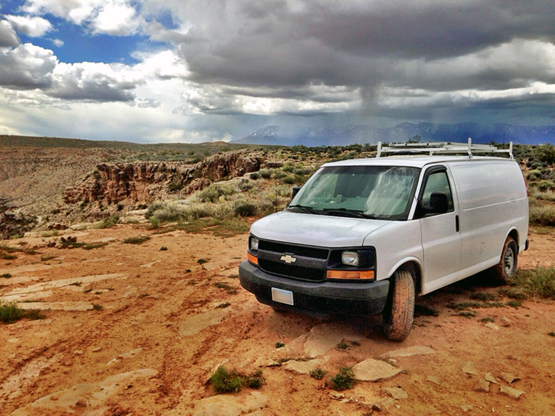 It was a great place, but what if the storm dumped more rain there? Would I be able to get back out? Better safe than sorry. So I splashed my way back to the highway and found a paved road heading toward the rim. There was a pullout with a nice dry gravel surface. It wasn't right on the rim, but it was just a short walk away. The storm cleared in a couple of hours and it looked like this. 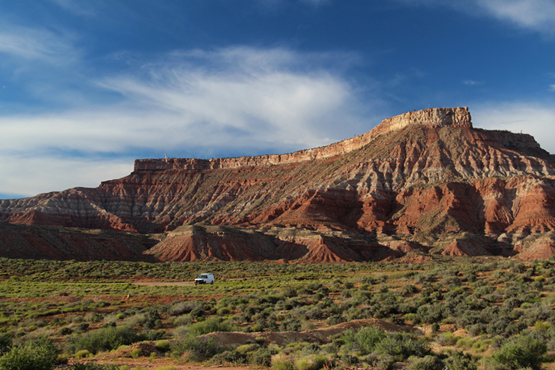 That's Hurricane Mesa in the background. But most people call it Flying Monkey Mesa. Why? Well, back in the early days of jet-powered flight, the Air Force needed to test ejector seats. So they built a test facility atop Hurricane Mesa. It was far from prying/spying eyes, it was flat on top, and there was a 1,500 foot drop from the edge. Ejector seats were mounted to rocket propelled sleds and shot along a track. The seats were fired and the test dummies would float to the base of the mesa on parachutes. Once they had successful ejector seats, they needed to know what effects there might be on pilots. Rather than risk perfectly good humans, they substituted perfectly good chimpanzees. Hence, flying monkeys. 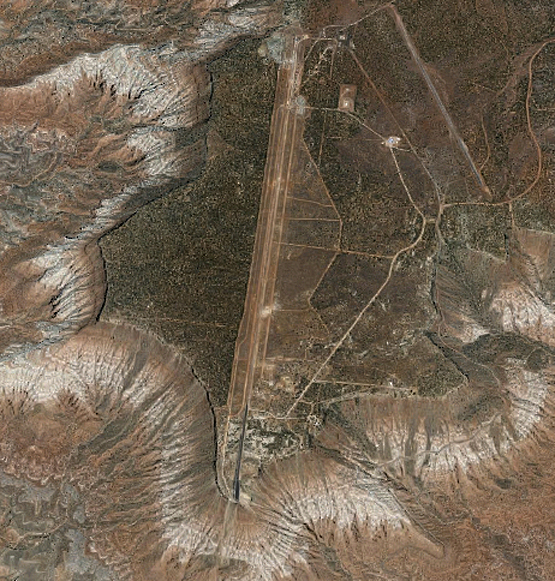 The track and the remains of the facility are still there, but sealed off from the curious public

While that explains the origin of Flying Monkey Mesa, it still leaves the mystery of why a mesa and town in the arid Southwest were named after a tropical storm. And, by the way, locals pronounce Hurricane as Hurrcun. 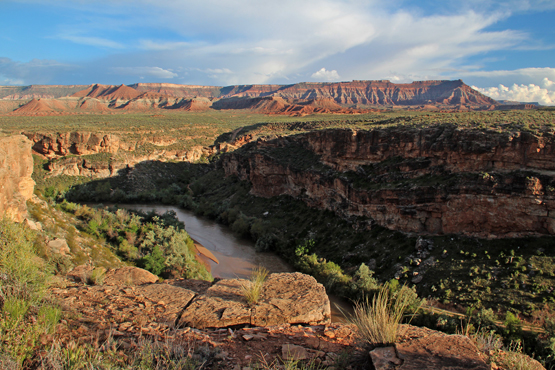