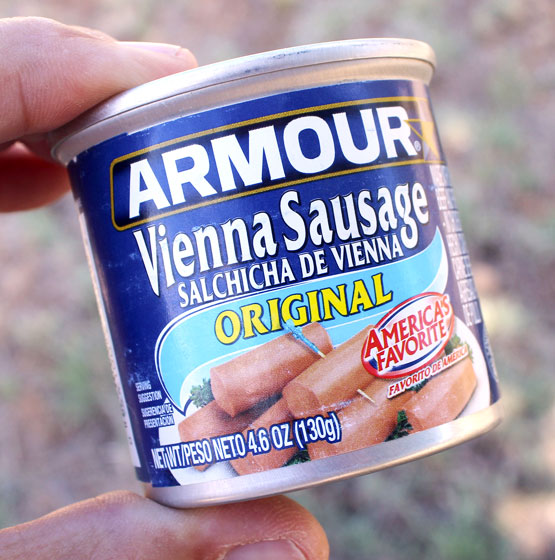 A few years back, I learned folks in some parts of the country pronounce the name of this sausage vy-EE-nuh. It made me wonder if they pronounced the Austrian city the same way. 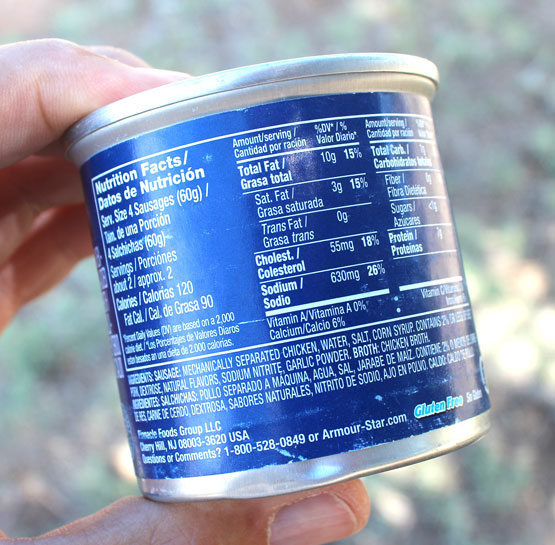 I first encountered Vienna sausage on a Boy Scout hike. I was at an age when I considered anything unfamiliar bad, therefore tiny pale hotdogs in a can, with some kind of fluid, was bad. Eating them at backpack temperature only made them worse. I never tried them again.

In the ensuing decades I realized bologna, hotdogs and Vienna sausages are pretty much the same thing, just different sizes with slightly different recipes. Vienna sausage is mostly chicken. I’ve had turkey dogs, so why not chicken dogs? 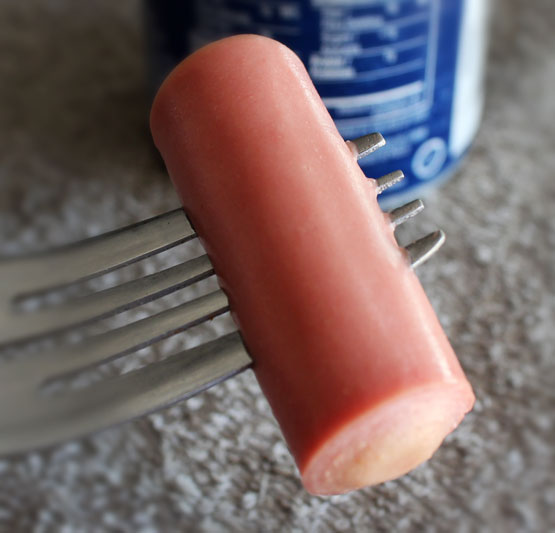 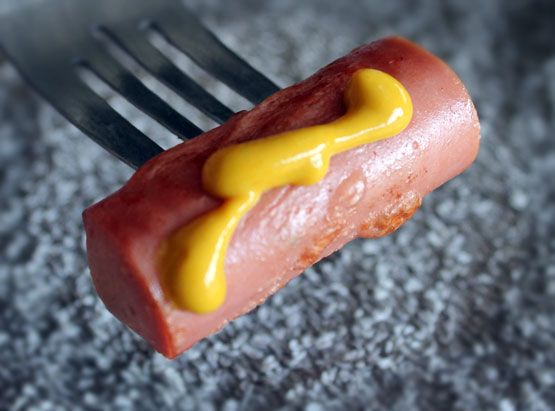 But what would it taste like if I did it up like a hotdog? I rolled one around in a hot pan for a while then applied mustard. Hmmm. Not the best wiener I ever had, but far from the worst (or wurst, nyuk-nyuk). I finished the can. I won’t be craving Vienna sausage, but I won’t be running from it either.

I suppose Vienna sausage became a camping staple because it doesn’t need refrigeration. The refrigeration issue is one reason I’ve been trying all these prepared foods. Sure, I prefer fresh food, but it’s not always practical to store in a van. And these days, with an iffy supply chain, I want to have as much food on hand as I can—even if that food is merely okay.

I saw this  Vienna sausage variation in a Dollar General store. The retro label caught my attention. I checked the use-by date to make sure it hadn’t been there since 1958. Nope, it was new, and less than a buck, so what the hell, I gave it a try. Ugh, what an unpleasant experience.