I’m visiting LaVonne, Linda May, Gary, Wendy and Jeremy, and assorted dogs, at the compound in Tres Piedras, NM. The downside of this visit is lack of a Verizon signal. I need to drive about twenty miles toward Taos before I can get online. Right now I’m in grocery parking lot. Oh, the glamor of nomadic life. 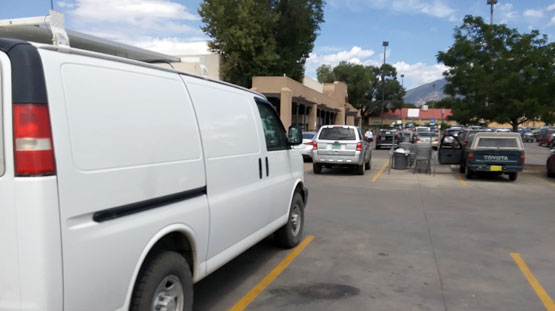 Speaking of glamor, in a few days Linda May and LaVonne will be heading to Los Angeles to appear at the premier of the “Nomadland” movie, in which they play semi-fictionalized versions of themselves. (Oh, yeah, and Frances McDormand stars.) They’ll be hauling Linda May’s infamous little trailer, the Squeeze Inn, because it’s in the movie, too. 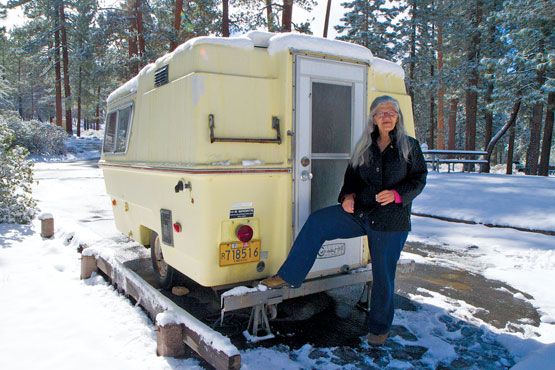 Linda May and the Squeeze Inn

I may or may not be in the movie, depending on the final edit. Chances are good I’ll be in at least one scene, as part of the background crowd (look for a guy in a black & white plaid jacket), but my one-sentence speaking part will probably have been cut. 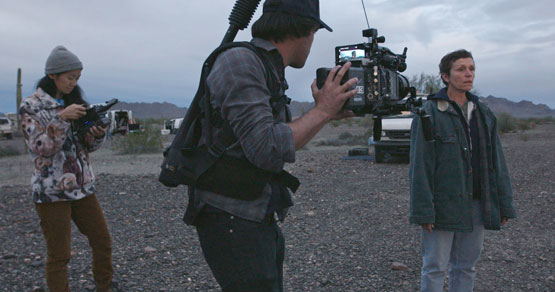 Is the movie any good? At least one person thinks so. Linda May had to dub a bit of dialogue, and the sound engineer said he had worked on a lot of films, but this is one of the best he’s ever seen. He cried at the end.

“Nomadland” is on the festival circuit right now and will be released December 4.