A third of the way up Everest. 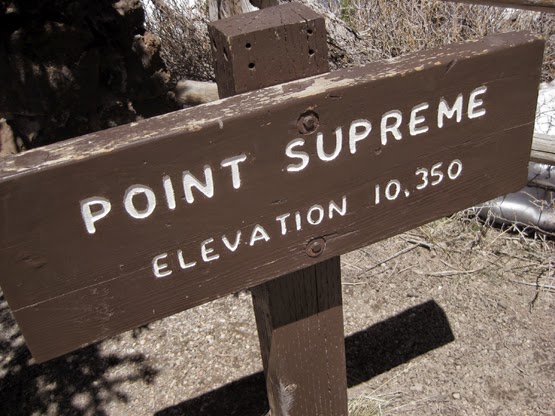 In Blue Highways, William Least Heat-Moon wrote of getting stuck in a blizzard, with thunder and lightning—in May—at Cedar Breaks, Utah. He had ignored the signs warning of late snow storms. When he told Cedar City locals about being trapped and freezing, they replied, “Didn’t you see the warning signs?”

As near as I could tell, the signs aren’t there anymore. But it was very cold. (Maybe 34 degrees.) And there was still snow on the ground. 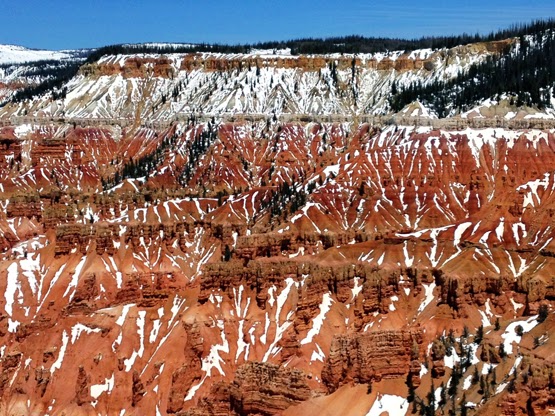 Why did I make this visit at a time when the visitor station and restrooms are closed, when even the rangers don't want to be there? I don’t know. To show I’m not a wimp? Or just a fool?