What do you do when the camping area you planned on using has a locked gate? And it's the weekend? Near a very popular park? You look at the map and say, "Maybe there's something over here." And sometimes you get lucky. 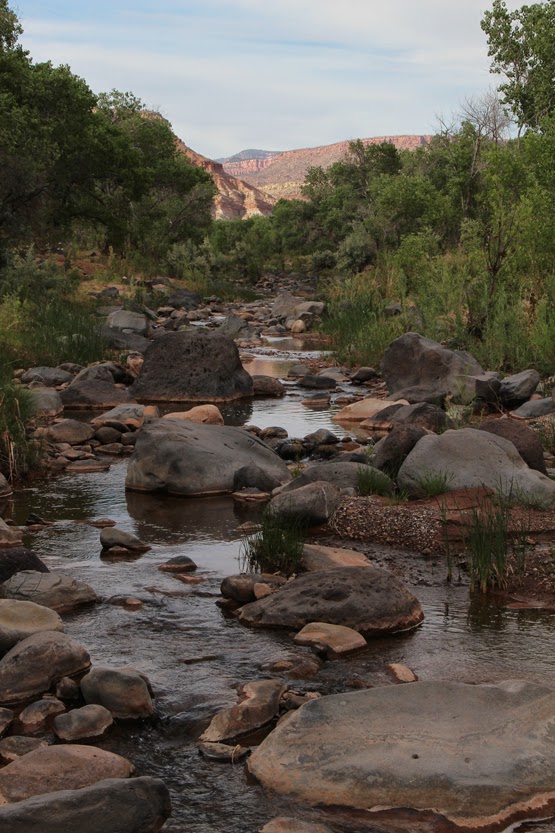 This is the imaginatively named North Creek, near Virgin, Utah, west of Zion National Park. I'm camped a few steps from it. This is better than the place that was locked.

However, it started to rain a little after dark. That meant checking the water level several times during the night to make sure I wasn't flooded out. But things were okay—except for the missed sleep. 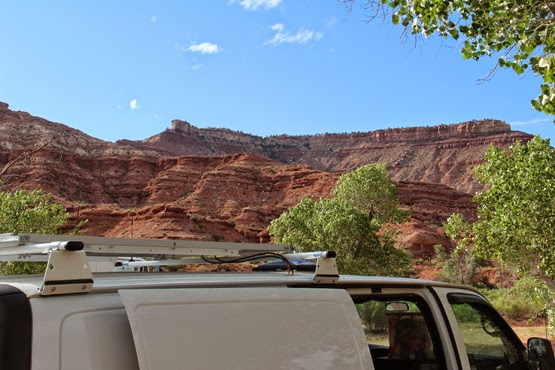 It was a beautiful day before the rain came