When an unpleasant thing happens, like, oh, pulling into a right turn lane only to discover, with a crunch, that someone had already slipped around me into said right turn lane, I think about how the incident wouldn’t have happened if just one thing leading up to it had been slightly different.

What if I’d gotten up five seconds earlier, or later? What if I’d taken a few seconds less, or more, to eat breakfast, clean up and get on the road? What if the gas pump hadn’t been finicky? What if I’d driven the previous 80 miles just a hair slower, or faster? And so on. Then I wouldn’t have been in the same space at the same time as a certain Lexus RX.

I can’t know, though, whether something worse might have happened somewhere along the line if my actions had varied by a few seconds. I can’t know about the deer I might have hit or the semi that might have crossed the center line and plowed into me. 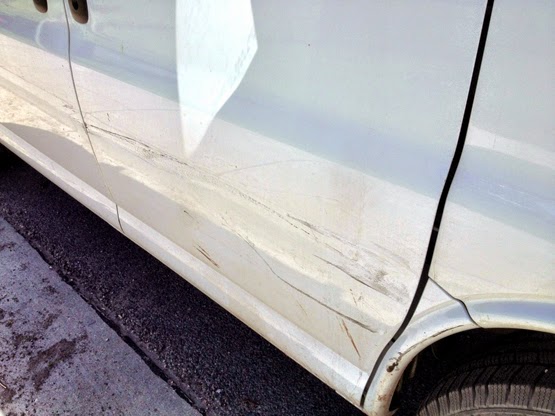 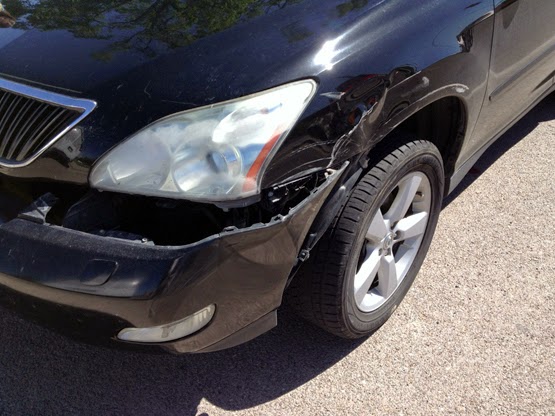 As for my fender bender, the steel of the Rolling Steel Tent was the clear winner over the plastic of the Lexus. I have only streaks of Stargazer Black paint along the passenger door. The Lexus has a flopping bumper and a deformed fender. Hurray for American iron! I have a $120 ticket, though, for “improper lane travel.” I thought the rule was that the larger vehicle always has the right of way.