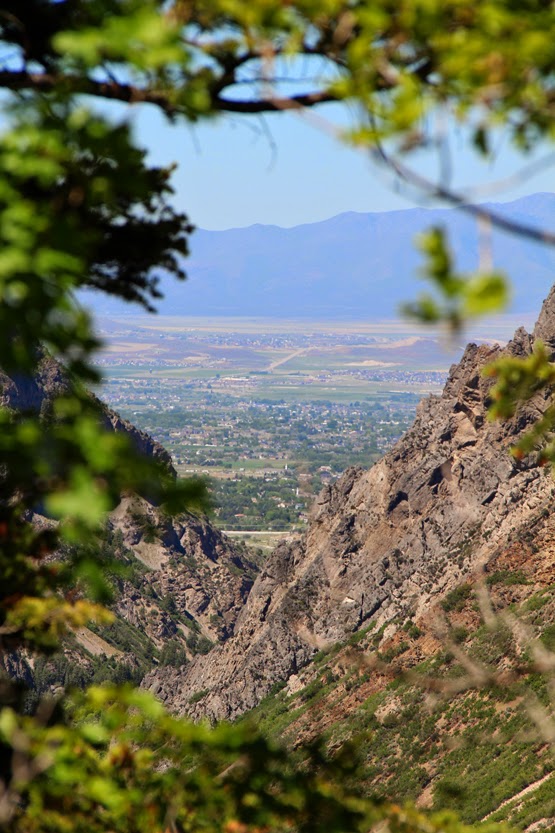 The trail from the Timpanogos Cave visitor center to the actual cave rises 1,500 feet in 1.5 miles. The hike looked so benign on the poster. 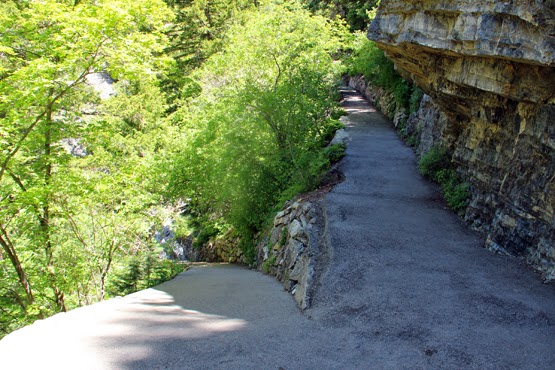 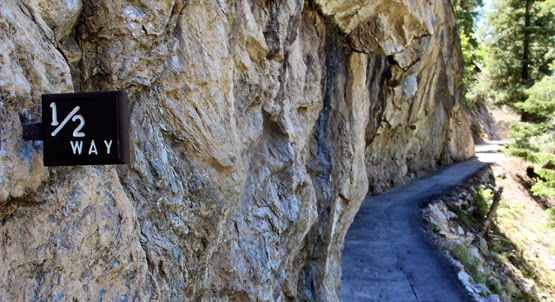 Is this sign to encourage or discourage? It should also say that it gets steeper from here.

But I kept marching on, gasping for air, until I reached the cave entrance. Woo! Victory for the old man from lower elevations!

I happened to be the last one of our group to enter the cave (the rest were geology students who were together) so I was given the trusted job of sweep man and the closer of doors between various chambers. 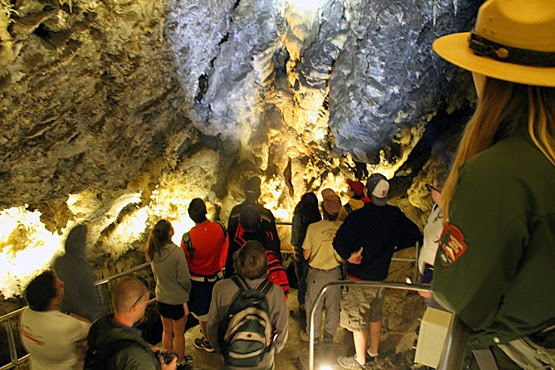 The geology students were fascinated 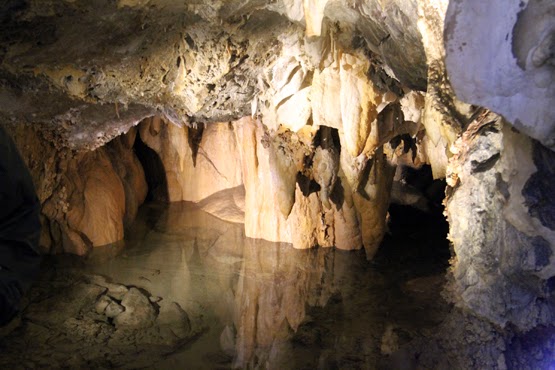 There were the usual stalactites, stalagmites and pools, but the star of the show is what they call the Heart of Timpanogos. I think we also passed through the spleen. 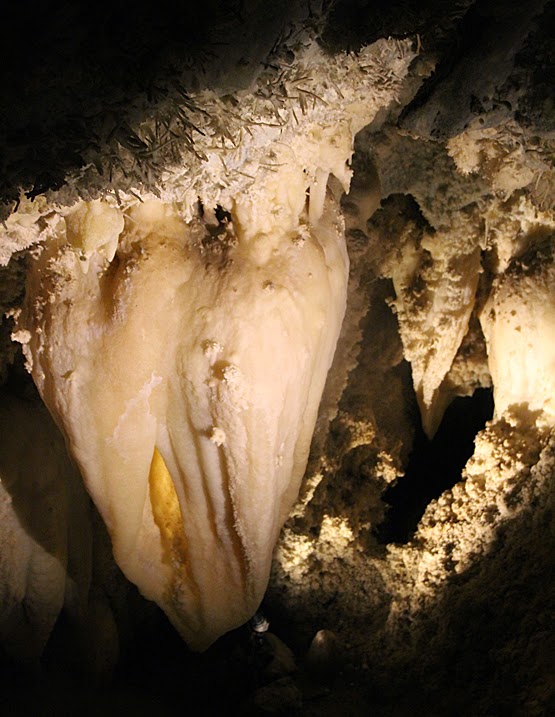 Timpanogos Cave doesn't have the wow factor of places like Luray Caverns near where I grew up, but I think it was worth the hike. With its narrow passages and low ceilings it felt more like a spelunking experience.

Oh, and the walk back down was easy.