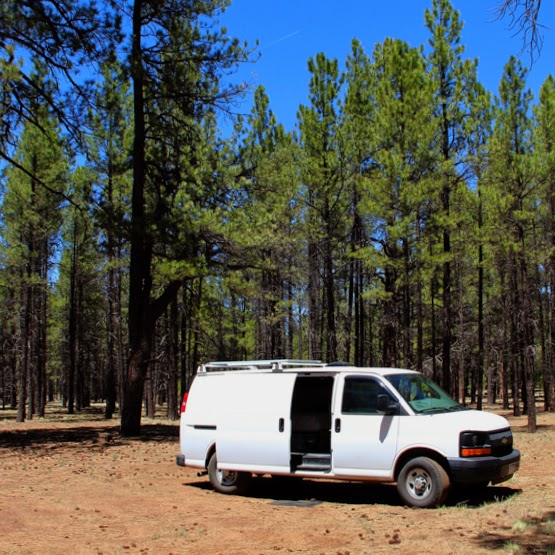 The last time I passed through Flagstaff was October. There was snow on the ground with more coming, which is nature's way of telling me, "Get out of here!"

I've returned (briefly) to bid bon voyage to Judy, Bob and canine companion Homer before they take off on their months-long schlep to Alaska and back.

Their chore before leaving Friday is to figure out which of their individual possessions they'll need to take and then to fit it into one van instead of their usual two vans and a trailer. It will be cozy.

Back in her single years, a friend said it had been her experience that whenever she and whomever she was dating at the moment would travel together they'd end up breaking up for some reason shortly after. In fact, when one boyfriend suggested a trip, she quipped, "Nah, I don't want us to break up yet." I've known several relationships and marriages that were strained by travel. So I'll watch and see what happens with Bob and Judy. And cross my fingers.