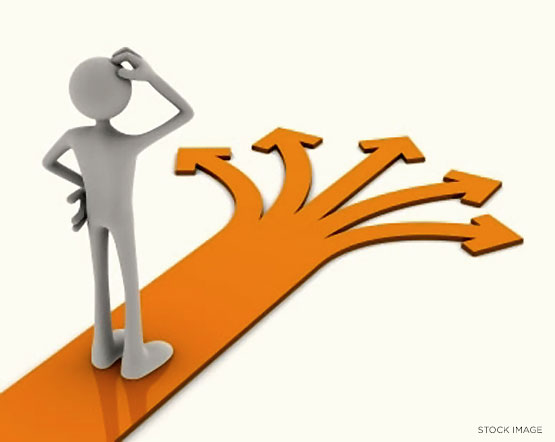 These are just some of the things that need to be figured out if you’ve decided to become a nomad. And there are many possible answers—many of which start, “It depends…”

The number of decisions and the mountain of choices can be daunting. Sometimes it leads to analysis paralysis.


Analysis paralysis, or paralysis by analysis, is the state of over-analyzing (or over-thinking) a situation so that a decision or action is never taken, in effect paralyzing the outcome.

The interwebs are filled with advice on how to overcome analysis paralysis. I like what Louis C. K. has to say about it.


So my rule is that if you have someone or something that gets 70 percent approval, you just do it. 'Cause here's what happens. The fact that other options go away immediately brings your choice to 80. Because the pain of deciding is over.

”And," he continues, "when you get to 80 percent, you work. You apply your knowledge, and that gets you to 85 percent! And the thing itself, especially if it's a human being, will always reveal itself—100 percent of the time!—to be more than you thought. And that will get you to 90 percent. After that, you're stuck at 90, but who do you think you are, a god? You got to 90 percent? It's incredible!

There might be times, though, with some people, when deep down in their murky subconscious the anxiety isn’t over making the wrong choice. It’s about finally making a decision at all. It’s about removing the obstacles. It’s about no longer having reasons to avoid taking the leap. Because giving up the known life of living in a building (even if that life isn’t going well) can be scary.

I think the more certain you are you want to do something, the fewer obstacles you see, or the less troublesome they appear. Conversely, the greater your ambivalence, the greater the obstacles—with yourself being the main one.

As for that best van question? It’s the one, of those which happen to be for sale at the moment, that meets enough of your requirements, and that you can afford.