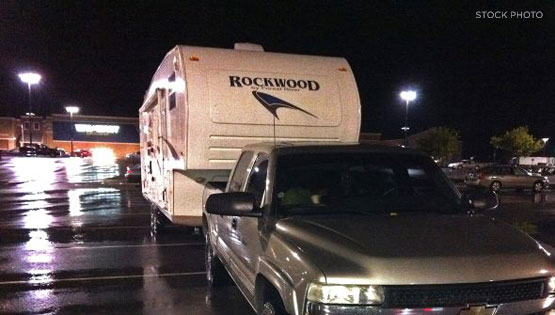 Nearly all RVers, van dwellers and other nomads know the story and treat it as gospel. Sam Walton thought it was a great idea to let RVers stay overnight in his store parking lots. It built good will for the company and the "Wallydockers" would usually spend money in his stores.

But these days there are local governments that don't like the idea at all. They've banned all sleeping in vehicles, except in campgrounds. Some snooty towns claim vehicle sleeping attracts people, well, unlike themselves. Others say it attracts crime. And I suppose there are some (RV park owners, perhaps?) who can't stand others getting something free. Walmart complies with those ordinances.

There are also some Walmarts that have had their fill of the type of campers who abuse the store's hospitality by setting up long term camps, littering, leaving messes in the restrooms, making trouble with shoppers and even dumping their black tanks in the parking lot. Those stores have unilaterally banned overnighting.

So, unless it's obvious, from the clusters of RVs at the edges of the lots as night rolls around, that a particular Walmart is camper-friendly, check first. A lack of signs prohibiting it doesn't necessarily mean it's allowed. Ask in the store. The situation might have changed since you or someone who recommended the location were last there. And staying at Walmart or some other big box store shouldn't be your only plan. Always have a Plan B—which is sort of a universal truth for all things in life.