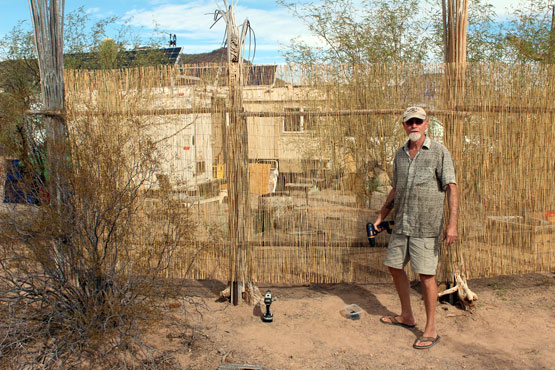 As part of the continuing landscaping of his space at Coyote Howls, Lou put up some fencing. I helped. Lou erected the saguaro skeletons last year, wired to some pipes driven into the ground. We added the horizontal bamboo sections today and stretched the pre-made reed screen. I told Lou I was pretty sure there are laws requiring him to string rope lights on the fence (preferably blinking multicolored ones) but he won't do that, because he's a total rebel.