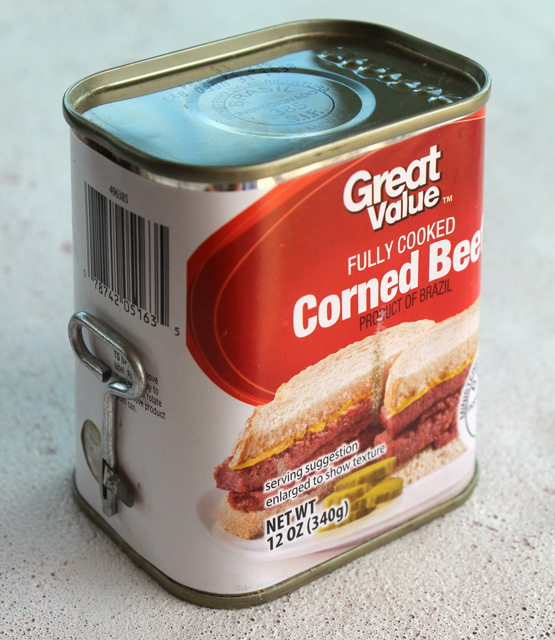 I grew up in a culture that didn’t know corned beef was salt cured brisket. Hell, we didn’t even know what brisket was. To us corned beef was compressed flakes of pink meat that came in a can—either by itself or as hash—and was served in slices, usually with a fried egg, maybe on a sandwich. And that it tasted different from “regular” beef. We would’ve called it “tangy,” because “spicy” was way outside our frame of reference. Mostly, of course, it was salty. 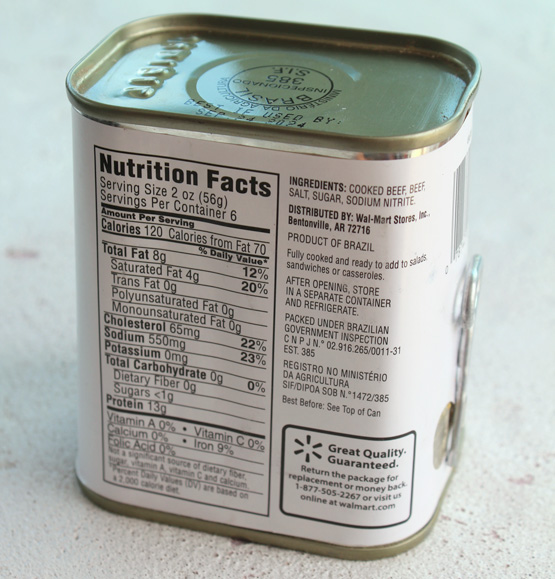 So what would I think of canned corned beef now, not having eaten it since I was a kid? Would my adult tastebuds, my resurrected post-radiation therapy tastebuds, find it comforting or revolting? 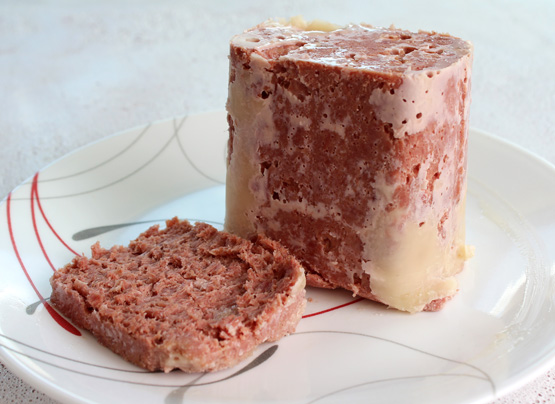 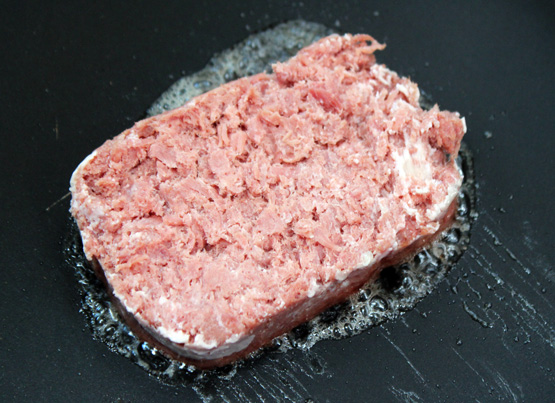 I tried some straight from the can. Um, edible. Not horrible. Then I heated up a slice. That was better. Overall, I’d rate it in the middle of the Love-Hate scale, somewhere around Eh, Whatever.

I know there are more interesting things that can be done with corned beef. Mix it with this, season it with that, etc. However, I haven’t missed corned beef all these years, and I probably won’t miss it in the future. But if someone is going to serve it, plain or fancied up, then yeah, okay.

UPDATE: Speaking of mixing the corned beef with other things, I added some of the green chile elk sausage with it, and some string cheese. Quite good.