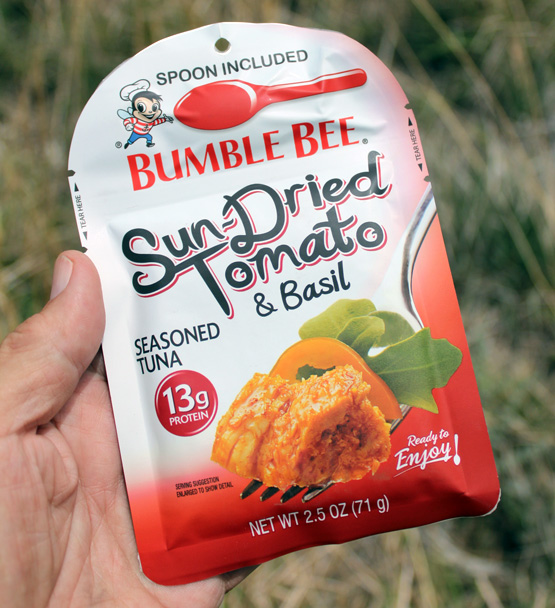 Today we have another selection from the world of seasoned tuna. As well as a special guest food critic.

I’m sun-dried tomato fan. And a big basil fan. (I was a loyal customer of a particular pizza-by-the-slice joint in my San Francisco neighborhood because they had basil shakers rather than oregano.) So a combination of the two with tuna? No hesitation. 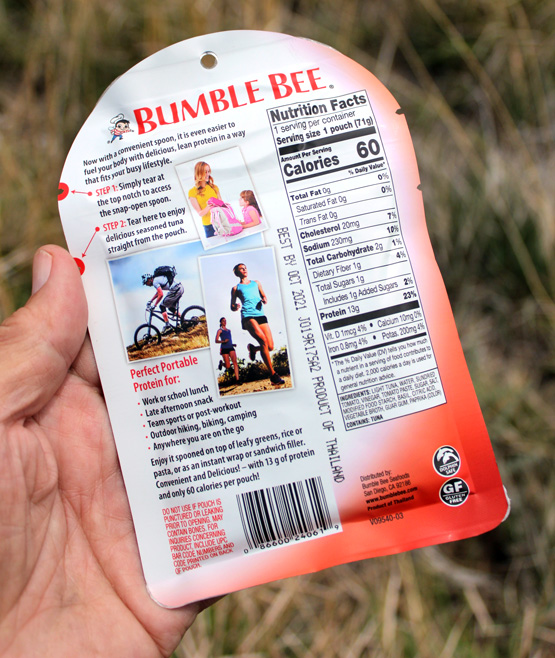 And, yeah, I think it’s pretty good. However, it’s too vinegary for Lou. He said he might mix it with diced onions and mayonnaise. (But, Lou, mayo has vinegar in it, too.) 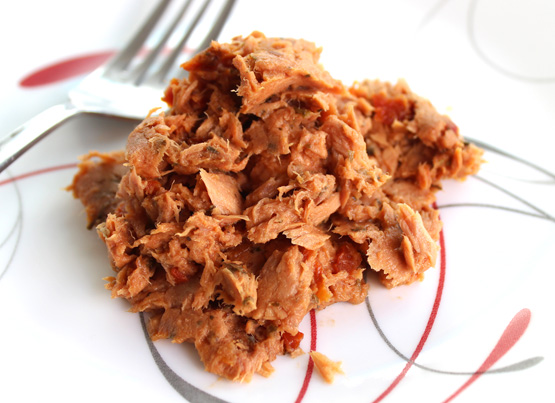 So, why is a tuna and salmon company named Bumble Bee? Well, it does roll off the tongue easier than Columbia River Packers Association, or any of the other names it had over the years.