When in doubt about the condition of a dirt road, the standard practice (if you don’t have a drone) is to get out and check. Walk ahead, see what’s up. Does it get worse? How much worse? Is the hoped-for destination worth the risks along the way?

One of the things I look for is signs other vehicles have passed that way recently. Are there fresh or semi-fresh tread marks in the dirt? What kind of treads? Street tires, or only gnarly off-road ones? 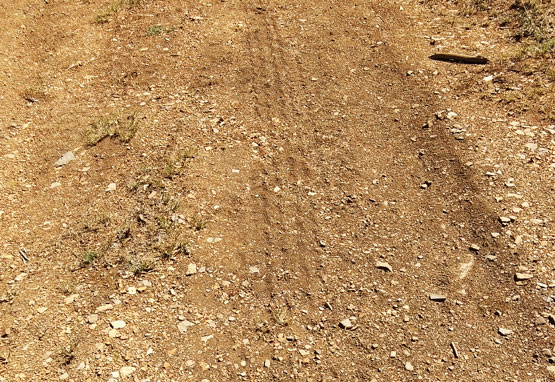 I was walking one of those roads earlier today. There were lumps and bumps but totally doable in just about anything other than a sports car. But then I came to a spot where someone had made a multi-point about-face, digging ruts in the soft ground on either side. Someone hadn’t wanted to go farther.

Just beyond, the road tilted steeply to one side—steeply enough to put the fear of tipping in ya, especially if you’re driving a tall vehicle. There was also a risk of high centering. There was no way around the tilt.

I knew I didn’t want to try taking the Rolling Steel Tent through there, but I continued walking along, just to see what there was to see. That’s when I noticed the tracks had an undisturbed layer of dead pine needles and other bits. No one had driven this way in a long time. That told me all I needed to know. 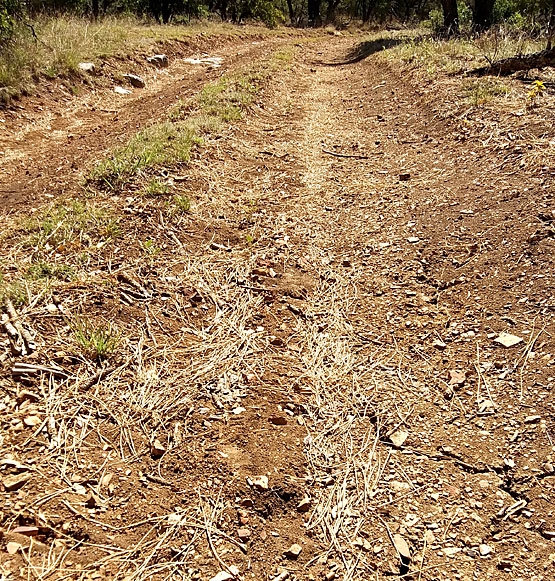 Undisturbed pine needles in the ruts