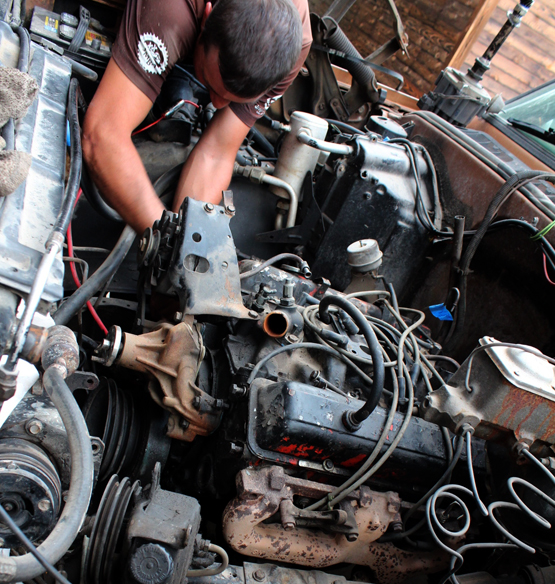 One of Forrest's customers needs to replace the engine in his early '70s pickup. Step 1: Drain the fluids. Step 2: Disconnect lots of hoses, wires and cables. Move components out of the way. Step 3: Discover surprises, like missing bolts. Step 4: Separate the transmission from the engine. Step 5: Cut the exhaust pipes. 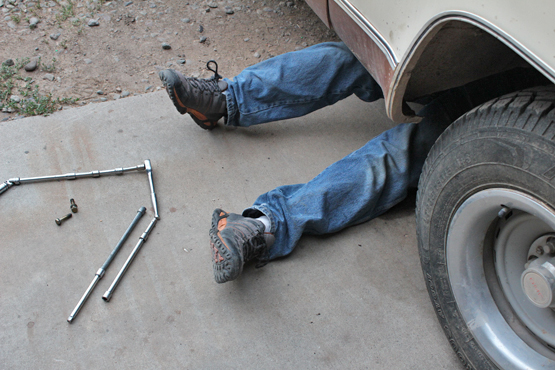 He's not napping under there 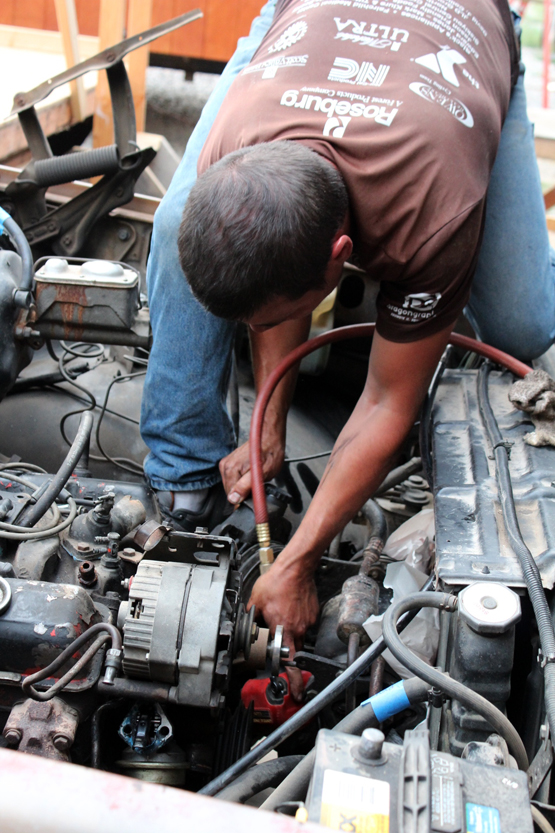 I didn't just watch and take pictures. I helped remove the hood, and once in a while I handed Forrest a wrench. And then took more pictures. And asked questions. 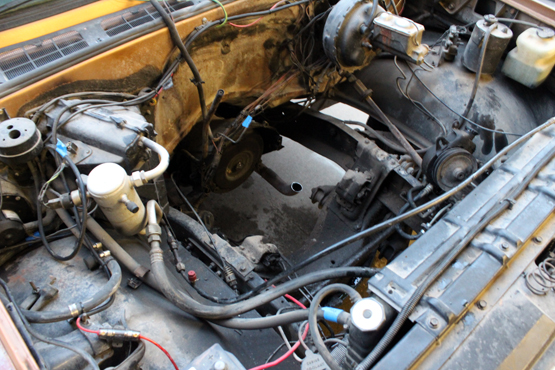 Two hours later, the old engine was out. Forrest says that's a new record for him pulling an engine alone. (And, you know, with me handing him wrenches.) 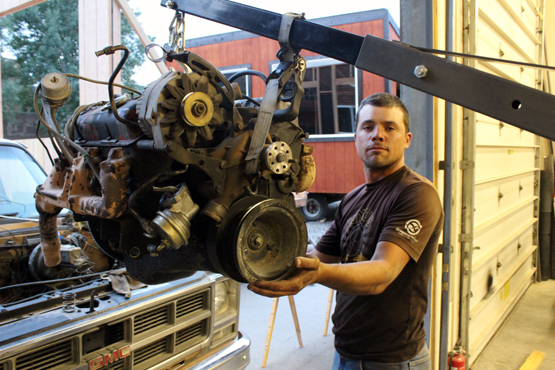 Forrest displays the catch of the day 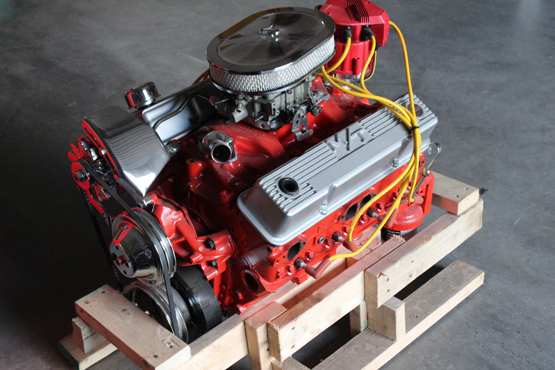 The new engine awaits its home in the old truck

Now we'll see whether he can set a record getting the new engine in and running.