I think I can pick up Tazmania now

A motorcycle would be an impractical extravagance, but a cellular directional antenna isn't. Not with how web-dependent I am. And the antenna, along with the cable and adapters, costs a fraction of a motorcycle. 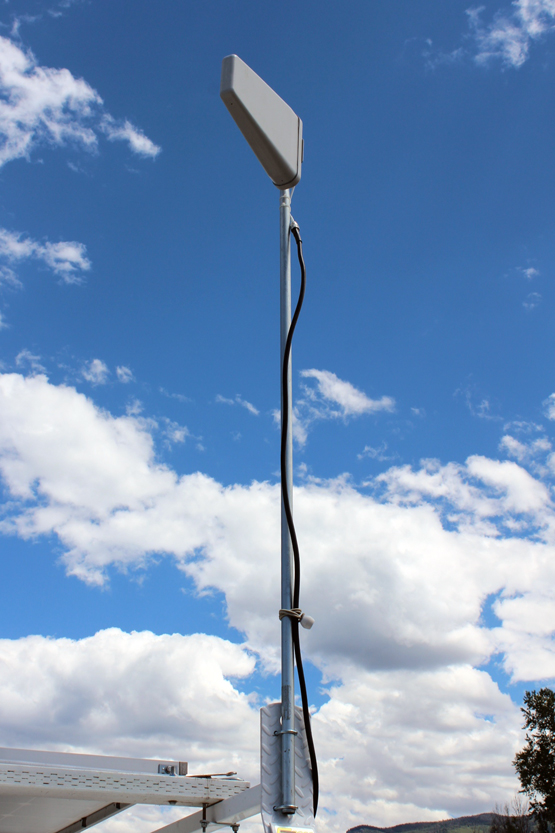 Long before I ordered the antenna, I thought a lot about different ways I could mount it. Simple ways. Not so simple ways. Stupid ways. What could I use for a mast? How could I attach it so it was easy to rotate toward the signal (which is the point of a directional antenna). Then it came to me one night. Electrical conduit, U-bolts, wing nuts, the ladder rack upright. 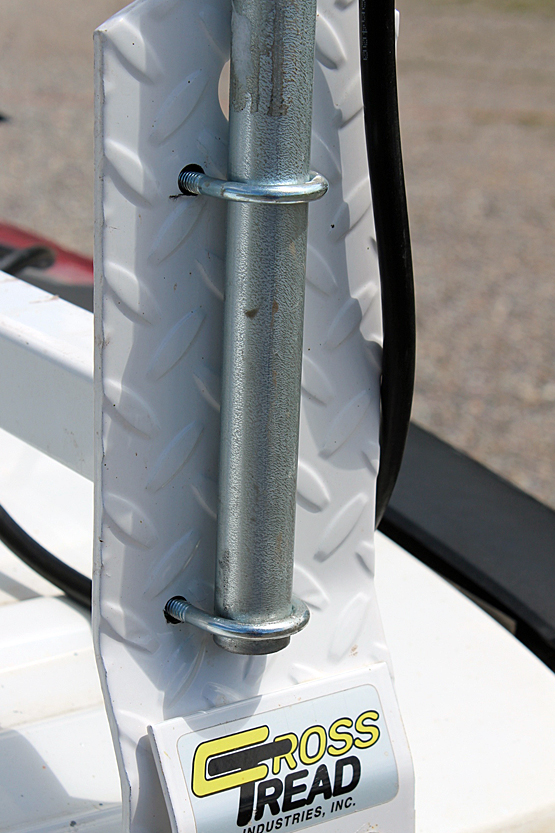 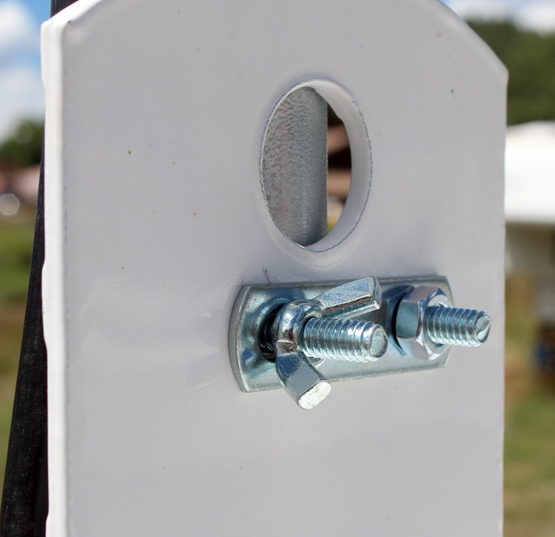 The wing nuts allow me to loosen and tighten the U-bolts without a wrench. I drilled the holes in the ladder rack larger than the U-bolt diameter so there was plenty of slack. That way the U-bolts can swing loose with just the wing nuts backed off.

The cable is kind of a beast. It's about twice as thick as TV cable or even the bit of cable that comes out of the antenna. I usually have the back door open from the time I get up until I shut down for the night, so routing the cable won't be a problem most of the time. When it's wet or cold, though, I'll have to pinch it between the weatherstripping. I don't know if it will leak. The rest of the time (a.k.a. driving) the antenna and cable will come down and stow away. 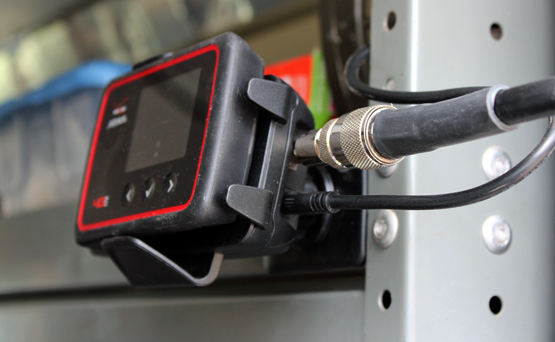 The cable connects to my weBoost (formerly Wilson) cellular booster via two adapters. One like this, and one like this. My Verizon JetPack rests in the booster cradle. 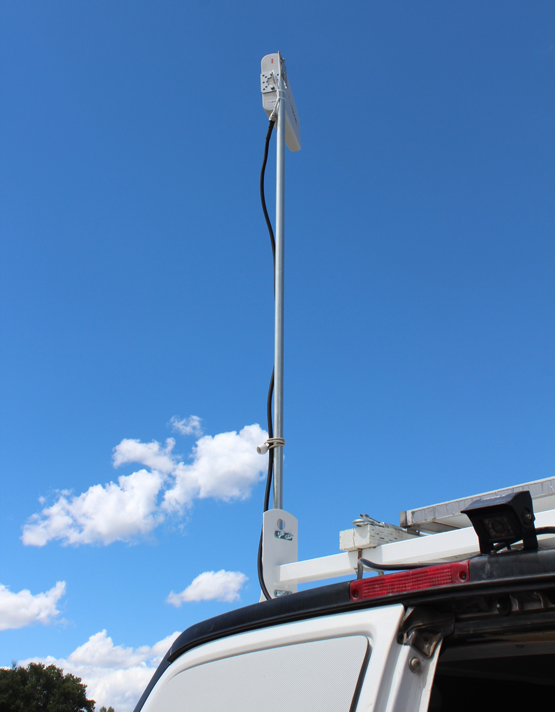 It's hard to tell how well this setup works since I'm already in a strong reception zone. But I'll be out in the boonies soon enough.