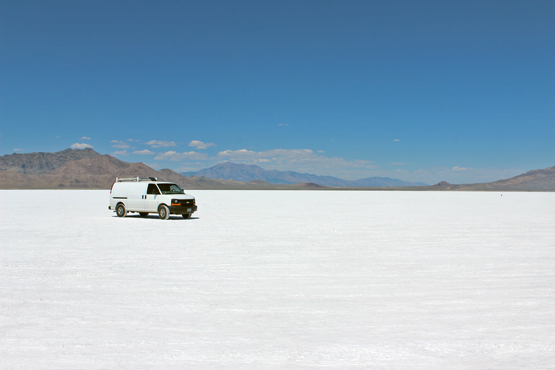 I lived in Salt Lake City for two years, then elsewhere in Utah for another four, but I had never driven out onto the Bonneville Salt Flats before. And I'd never been to speed week. Now, here I am.

The Flats are a BLM recreation area, so you can camp there, free, though they prefer you stay by the paved road, especially if there has been wet weather and the salt is soft. During speed week, the Southern California Timing Association, which runs the event, charges $20 per vehicle per day for spectators to go out to the pits and course.

The time trials were cancelled the past two years because of wet weather. This year, they're complaining the salt isn't the way they'd like it, as if it's the BLM's job to control the weather, global warming and plate tectonics—just for the racers. 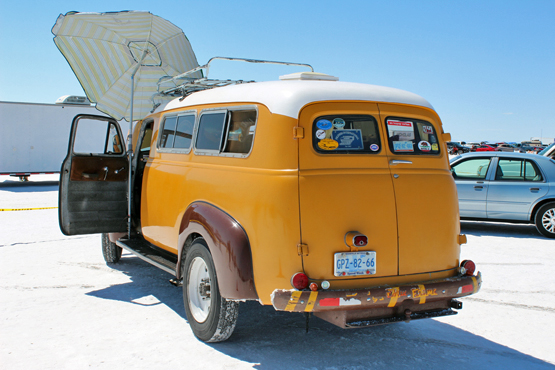 Some cool old vans at the Flats 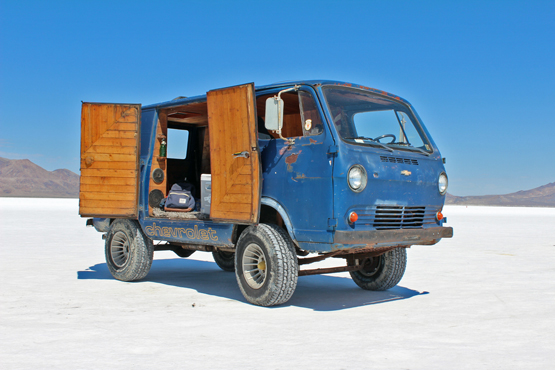 The cool thing about Bonneville is that it's not just the big-buck streamliners. There's a class for everything. 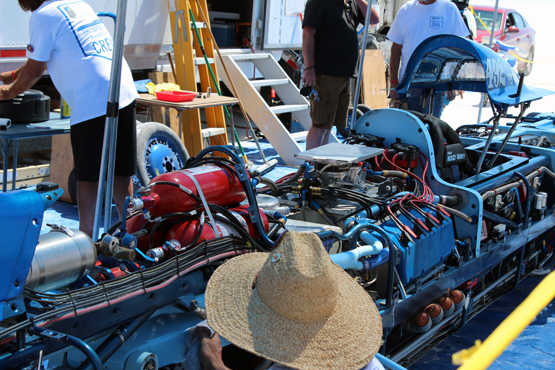 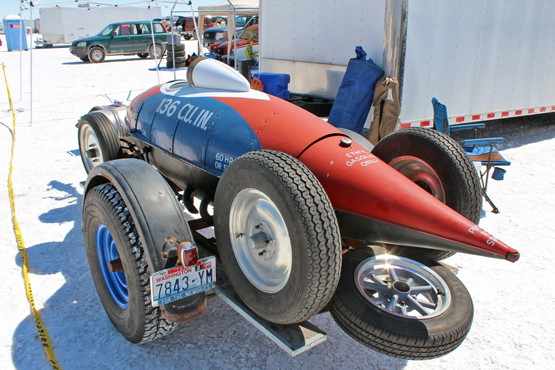 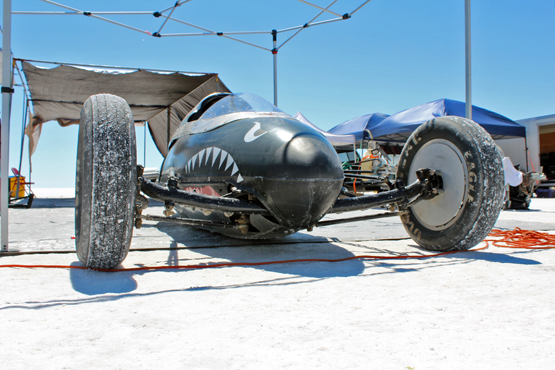 This started life as a Civic 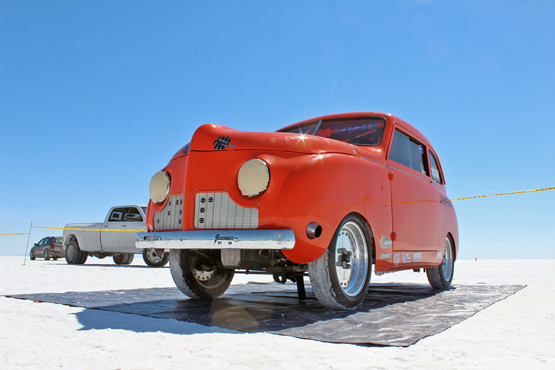 A Crosley? Why not? 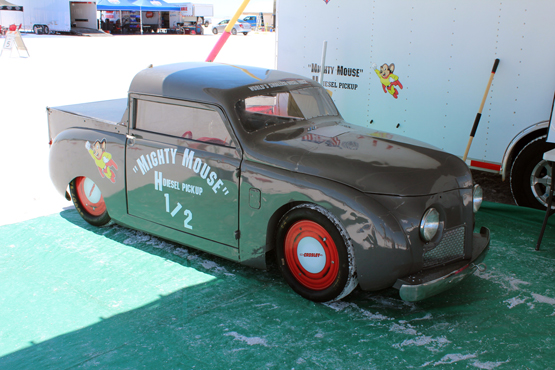 A Crosley pickup with a diesel engine? Also why not? Click here for the truck's story. 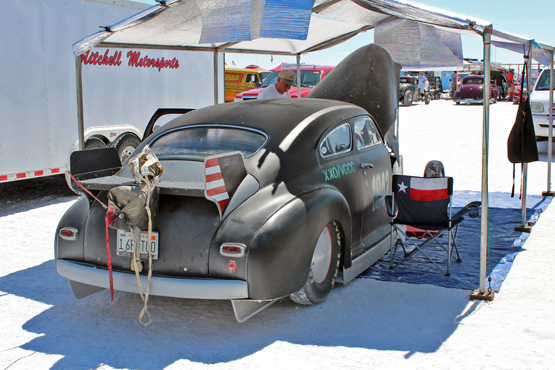 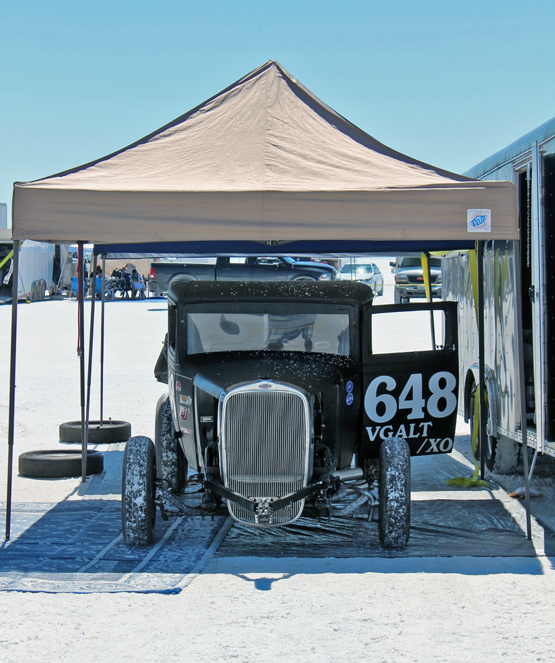 The old cars are more interesting than, say, Mustangs and Cameros 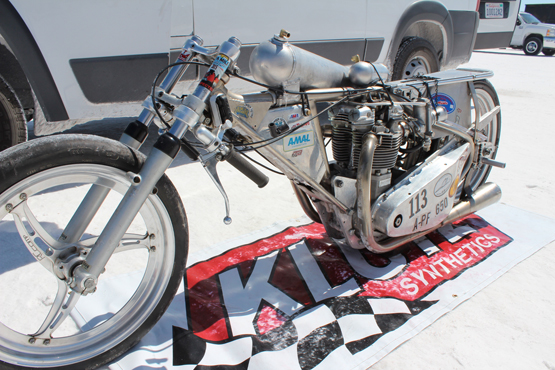 Sure, you could supercharge a Harley or a sportbike, but making a
normally aspirated old Triumph go fast is an act of love 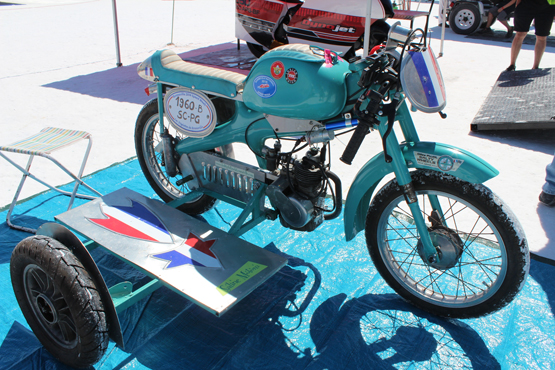 And some tiny French moped with a side car? That's insane love. 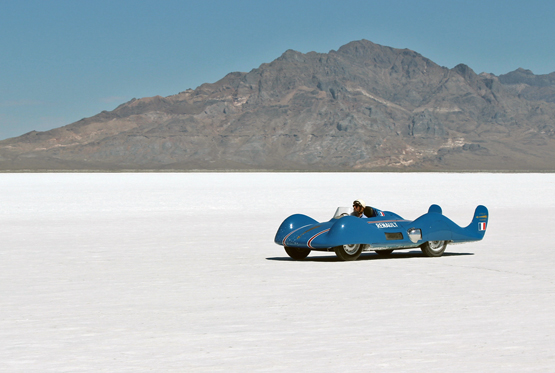 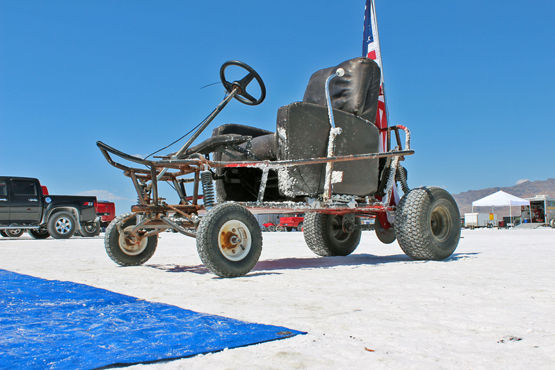 Gotta get around the pits in style 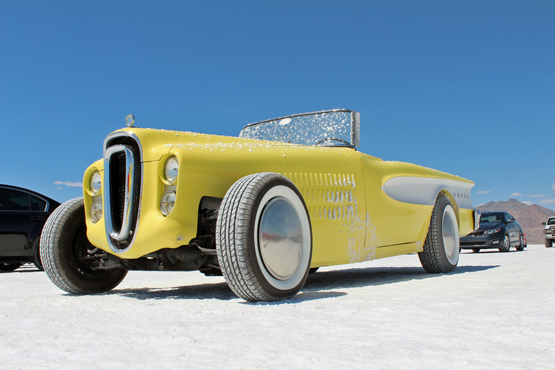