California 1 is number one with me

After a few days hanging around Capitola and Santa Cruz, I filled the tank, washed the Rolling Steel Tent, got some freshly made donuts, and continued my journey up California 1. I was in no rush, so I pulled off at several beaches and view points. 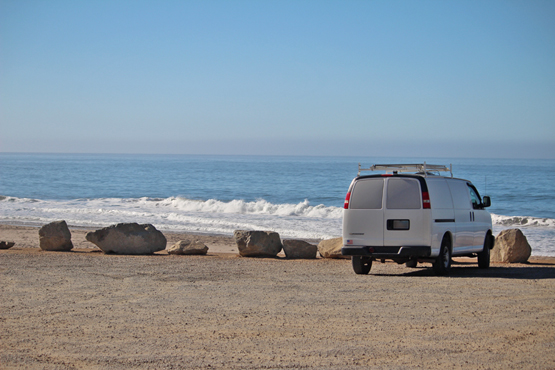 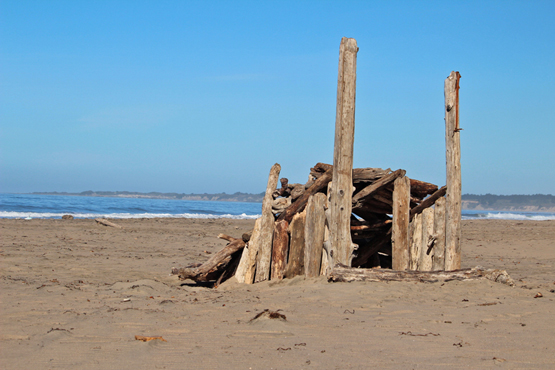 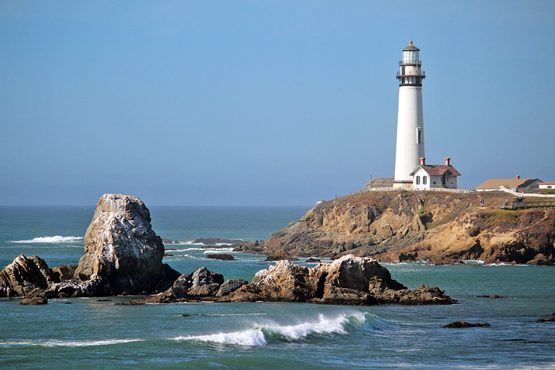 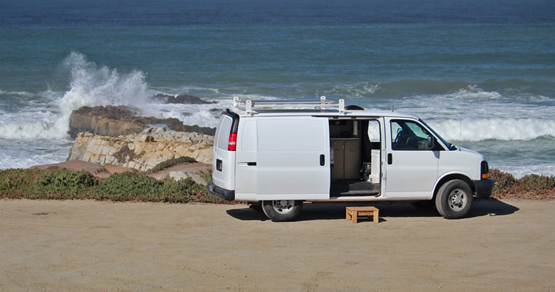 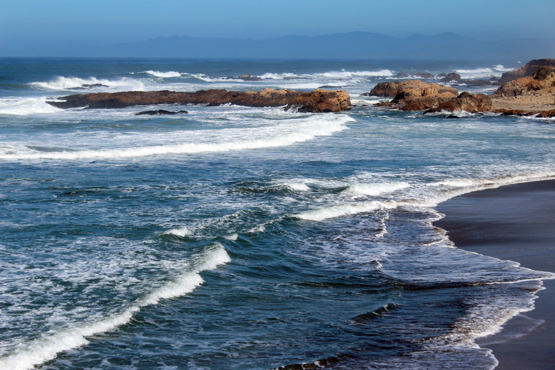 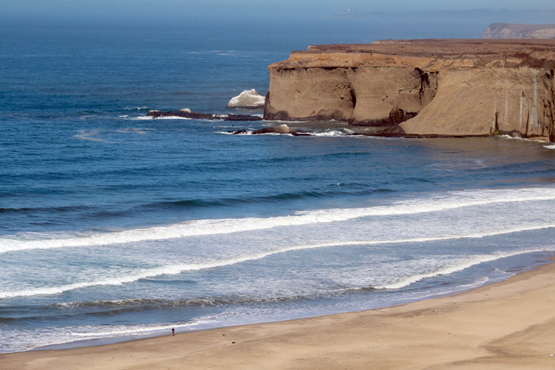 Near Tunitas Creek, I think. See the guy at the water line for scale.

The goal of this drive was my old hometown, San Francisco. And I wanted to check out a view area/rest stop at the north end of the Golden Gate Bridge. Reports have it that you can overnight there. It's certainly not the place to be during the day, when the tourists are out in force. I'm not staying there this trip, but next time for certain. 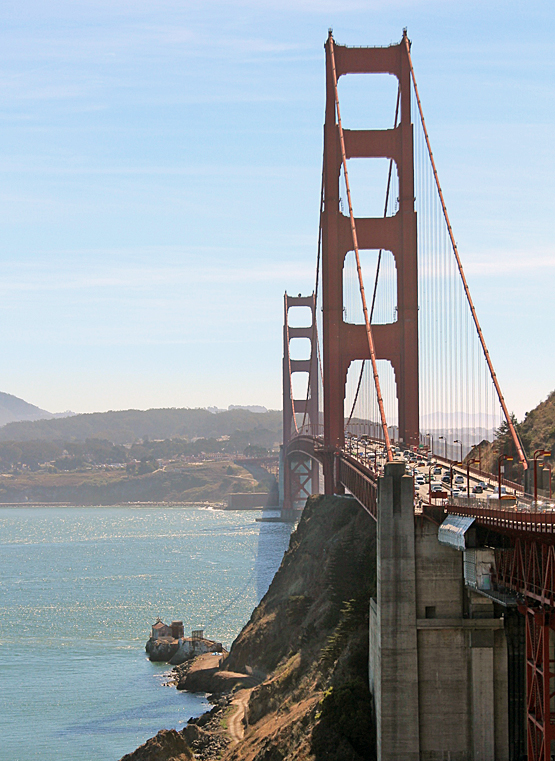 Part of the view from the view area

It also happened to be Fleet Week. Among other things, that means performances by the Blue Angels and other precision flyers. I used to go up on the roof of the apartment building in the Marina District to watch them. I would be only four stories closer to them than the people on the ground, but it seemed like I could almost touch them as they shot past overhead. Ah, the memories. 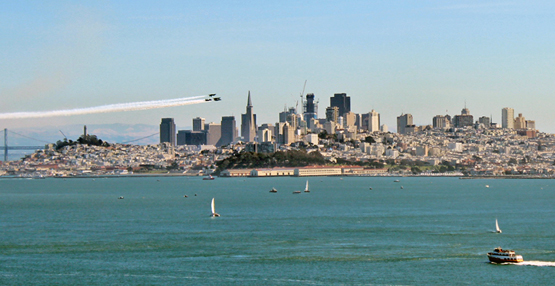 I think that's the Brietling team. The Blue Angels are usually saved for Saturdays 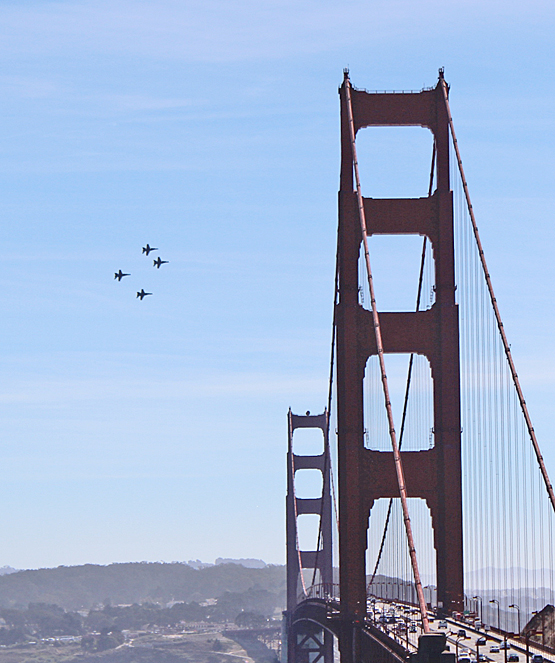