Friday morning I flipped my mental coin. Heads, go south along the ocean. Tails, go to the Sierras. Tails won. But where to first?

Freecampsites.net pointed me to Panoche Hills BLM recreation area just over the coastal range in the Central Valley. However, the listing said, "Due to high fire danger, it is only open from October to April." And a commenter posted, "... this area is now closed to motorized access April-September." Okay. But when I got there, the sign on the gate said, "Closed April-October." Did that mean until October or through October? There was a number to call, but there was no cell service there.

I wasn't in the mood to risk getting chased away, so Plan B. The freecampsites.net listing also said, "There are full hook up camp sites at Mercey Hot Spring just a mile farther up little panoche road." Mmmmm, hot springs. So I went there and got a campsite. I did a hot soak at sunset and sunrise. Nice.

All refreshed, I headed off for Yosemite. I knew going on a weekend wasn't a great idea. It's worse when it's the long Columbus Day weekend. Lots of traffic and almost no place to park. But I lucked out at one of the scenic overlooks. 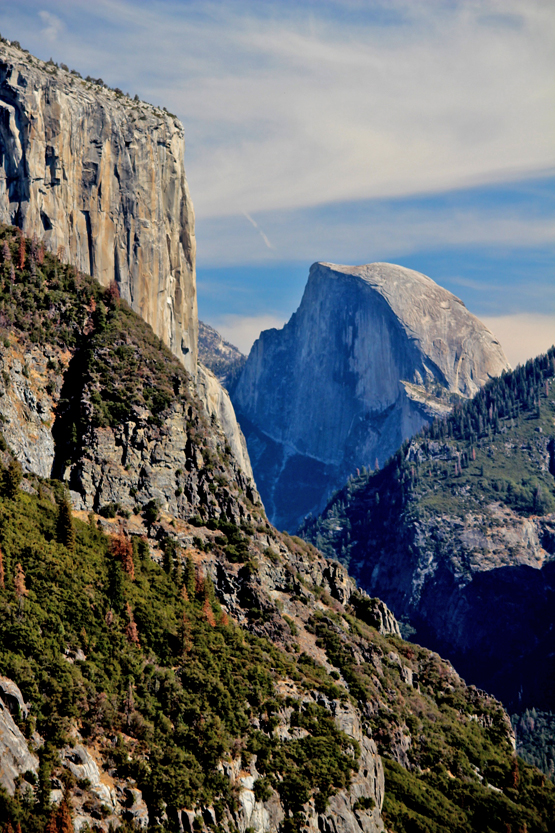 El Capitan on the left, Half Dome on the right

This was my first in Yosemite. Since it was packed, I figured I'd just drive around familiarizing myself with the general layout of the place. That way I'd have a better idea what I wanted to do when I returned. Then I continued east, up and over Tioga Pass, to Lee Vining and Mono Lake, where I'm now camped. 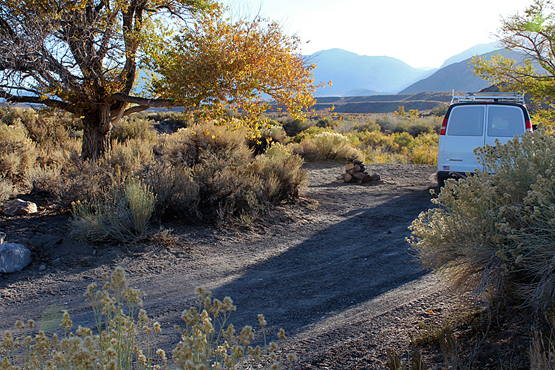 My original idea, up until a couple of hours ago, was to wait out the long weekend here at Mono Lake, then go back to Yosemite. But it's going to be freezing temperatures at might. That's no fun. I could cross back over the Sierras to the west side, at lower elevations, but chances are all the boondocking spots there are just as full as the park's campgrounds. So Plan C is to come back to Yosemite next year. For now, I'll head south to Lone Pine and the Alabama Hills. (The photo in the header above was taken at Alabama Hills this past spring.) There I'll formulate Plan D.