A few miles before Beatty, Nevada, I saw the sign for Rhyolite. It flipped the I've-Heard-of-That-Somewhere-Before switch in my brain. Then I saw crumbling buildings on the hillside and remembered it was a ghost town. I made the turn.

"Ghost town" usually evokes something from the 1800s, something like a movie set from a western. But Rhyolite is a boom-to-bust mining town from the early 20th century. It had electricity, plumbing and other trappings of modernity. And its important buildings were made of brick, stone and concrete. Now it looks more like a war-ravaged city than a place where a lawman and a gunslinger would face off in the street at high noon. 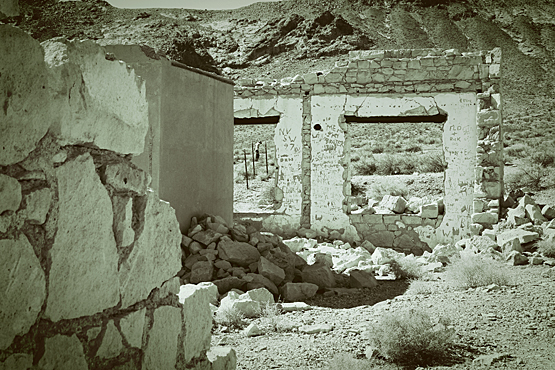 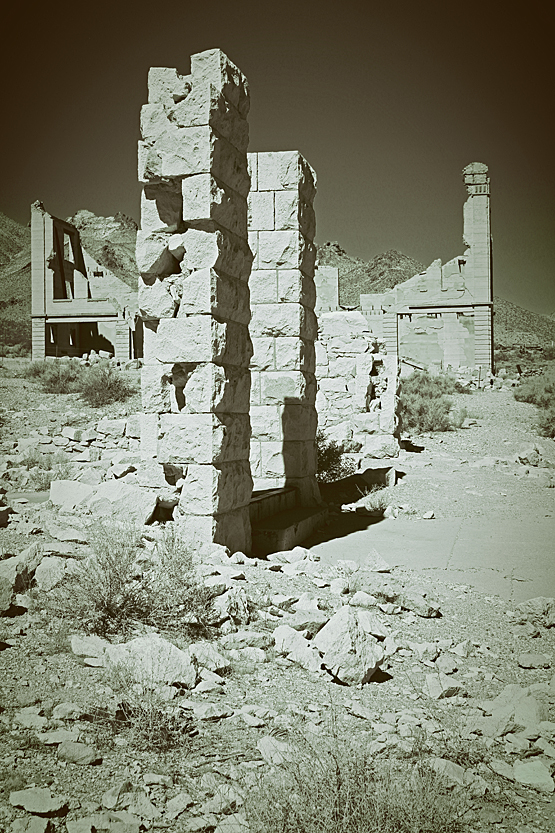 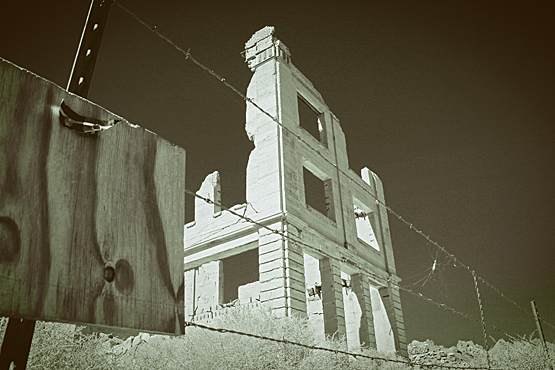 There's a cautionary tale in many ghost towns about plans and dreams and riches, and how quickly the luck can run out. Rhyolite's lesson was set in stone.