I headed north on California Highway 1 today, through Big Sur to Monterey and Santa Cruz. I hadn't been that way in over twenty-five years. Ah, memories. A little north of San Simeon (Hearst Castle) is the Piedras Blancas Elephant Seal Rookery. I stopped to check it out. 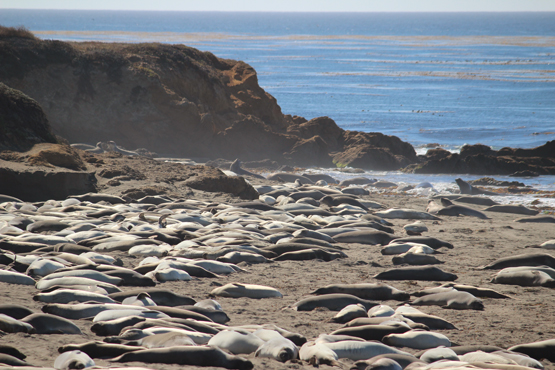 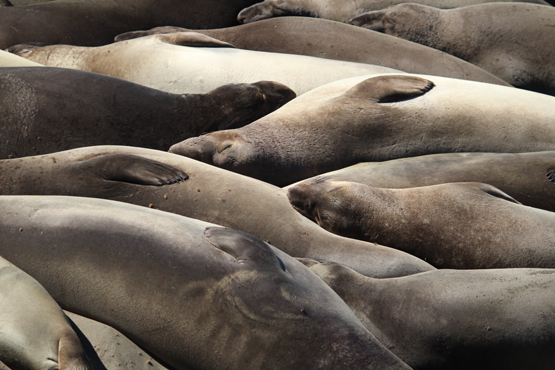 They're called elephant seals because the mature males look like this: 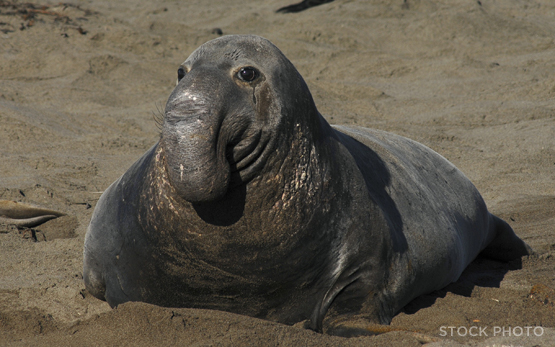 I didn't see any bull males. I don't know if they were at sea or if their heads were down where I couldn't see their schnozolas (scientific term). But the adolescent males were active, doing what adolescent males of so many species do: trying to prove who the baddest dude is and impressing the babes. 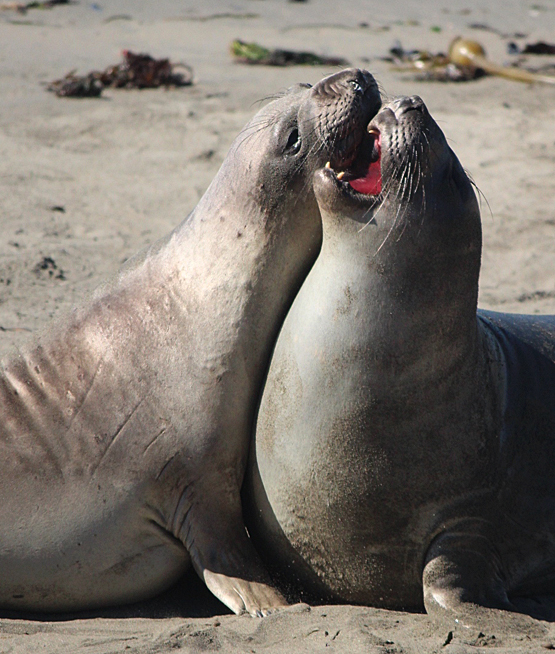 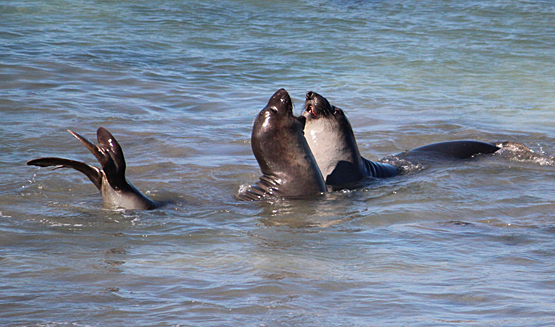 Most of their fighting was just bumping heads together, but occasionally it got more serious and some bites would be traded. 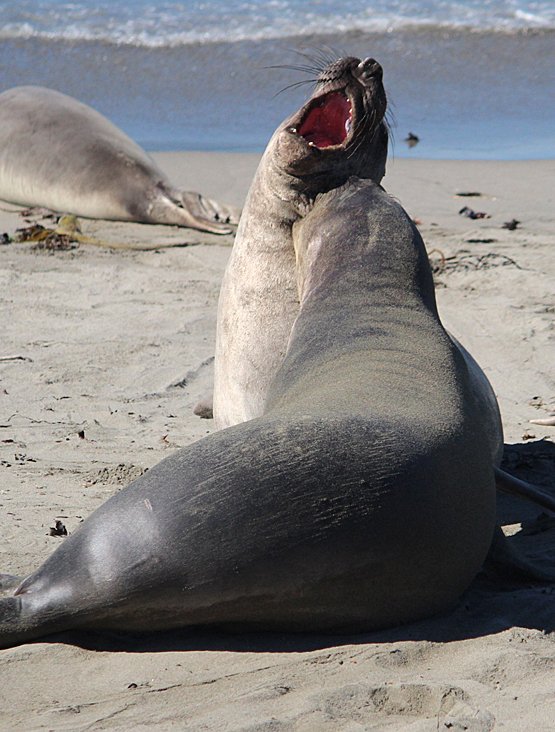 Meanwhile, the babes just worked on their tans. 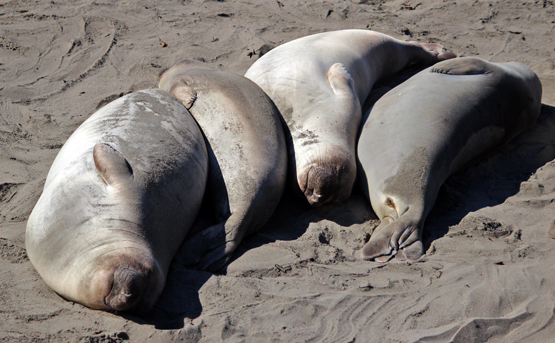 In  case you were wondering, here are the differences between seals and sea lions.

And unlike other pinnipeds I've encountered, elephant seals don't go, "Ork-ork-ork-ork-ork." Their vocalizations sound like loud, deep, wet burps. Maybe that's what a fish diet will do to you.