The long way there

I've driven from Lone Pine to Death Valley and on to Pahrump NV twice before. This was the route: 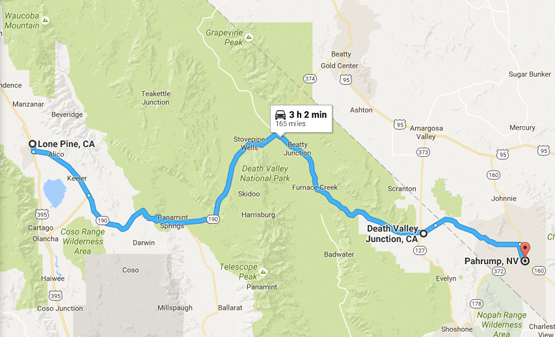 Okay, been there, done that. So this time, in the name of seeing something new, I decided to take a longer route by way of Beatty NV. Like this: 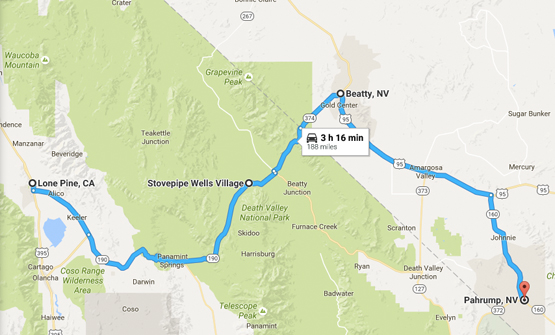 Hey, what's fourteen extra minutes, more or less, when you're on an adventure?

So I'm driving along, a little past Stovepipe Wells, when I see the sign for Beatty. And Scotty's Castle. 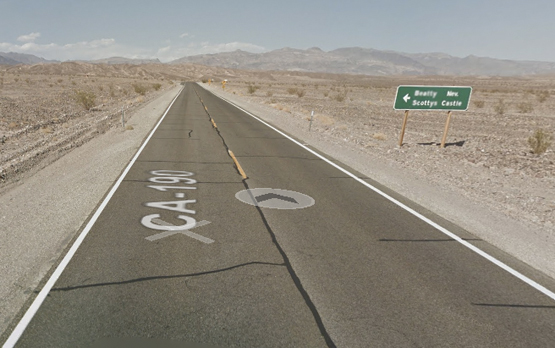 There were also signs saying Scotty's Castle was closed. No problem, I wasn't interested in that anyway.


Target fixation is an attentional phenomenon observed in humans in which an individual becomes so focused on an observed object (be it a target or hazard) that they inadvertently increase their risk of colliding with the object… In such cases, the observer may fixate so intently on the target that they steer in the direction of their gaze…

There's a related phenomenon I call Old Guy Not Really Paying Attention. You see, shortly after making that left toward Beatty/Scotty's Castle, there's a sign indicating a right turn toward Beatty. 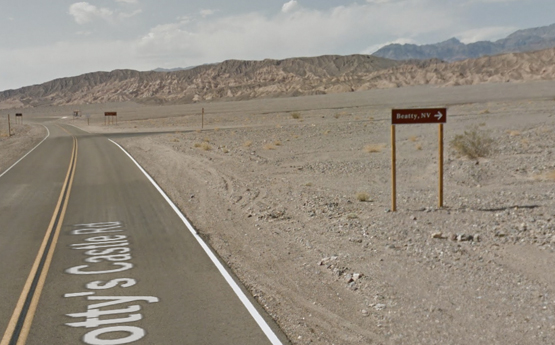 It's a small sign and not currently in as good a shape as when the Google Street View car came through. But that was only part of the situation. There's also a rest area just past the junction where a group of vehicles was stopped. I fixated on them and shot right past the turn. If someone had asked me whether I'd seen the turn, I would have answered, "What turn?"

Besides, not having looked at the map in a year or two, in my mind, one passed Scotty's Castle on the way to Beatty. So on I went, la-de-da-de-da, down a road that looked like this: 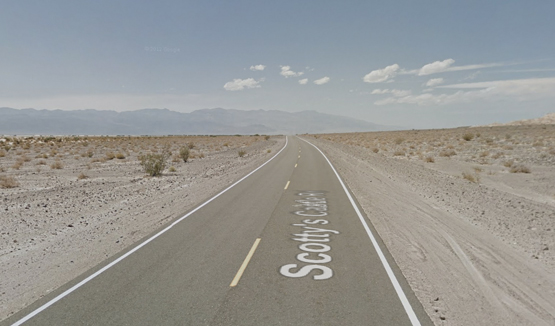 About forty miles later I arrived at a closed ranger station and the locked gate/barricade to Scotty's castle. Oh. It's not just that Scotty's Castle is closed, the road past it and onward to Nevada is closed. Ah-ha. So I got out the atlas to see where I was and where I should be. Oh, I missed the turn back there.

So I turned around and drove the forty miles back to the junction. My little detour/adventure looked like this: 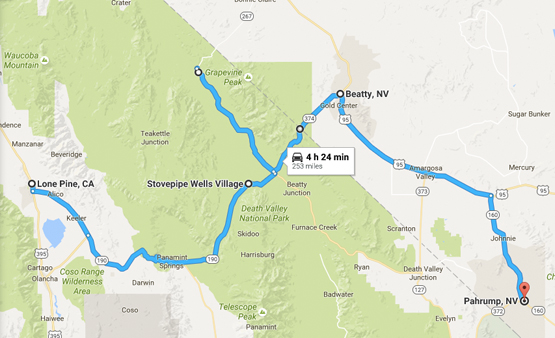 No  big tragedy, just some more gasoline burned and a butt that was more tired. And now I know what that part of Death Valley looks like. And Beatty. And Amagosa Valley, home of the World's Largest Firecracker. 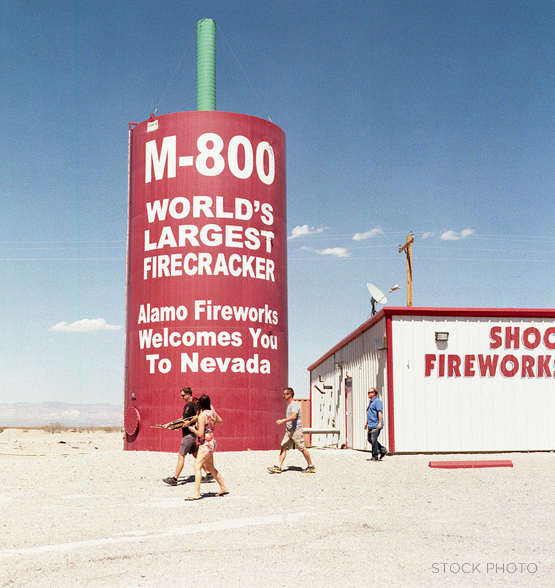