Sometimes I just need to do it the right way

There's the occasional mildly annoying, but not critical, problem with the Rolling steel Tent. I keep putting off repairs, because fixing the problems are really low priorities. 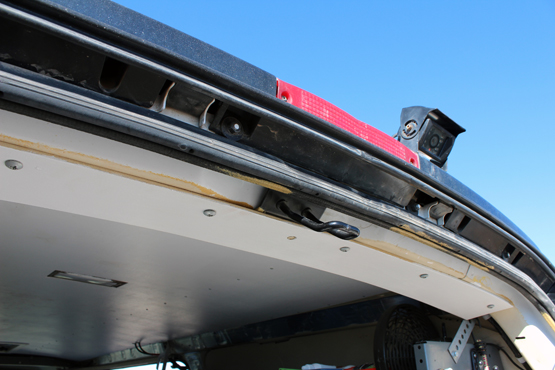 One example is the weatherstripping on the back door opening. The section along the top would droop down, and I'd just push it back into place. And then do it again a few days later. Then again. And again... The voice of reason in my head said, "Just fix it and be done with it." The slacker in my head finally agreed and got off his ass. 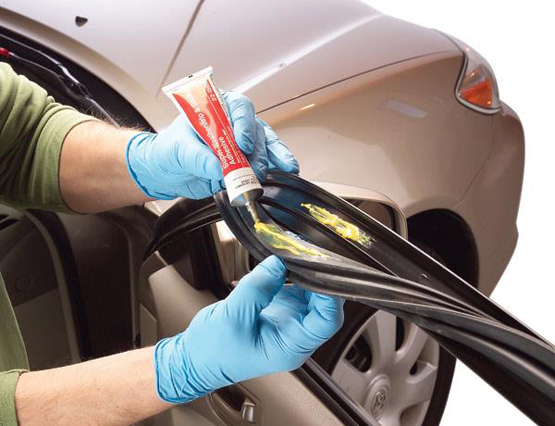 This is too neat to be me

Then there was the problem with the sun visor. The prong thing on the end of the visor had broken off when it was in the possession of the original owner. He'd done a rather clever repair. He'd found a tiny screwdriver with a handle exactly the same diameter as the broken prong. He shoved the screwdriver blade into the visor and, ta-da, fixed. But a few weeks ago, the screwdriver handle broke from the blade, allowing the visor to flop around.

I checked the prices of a replacement visor. New, used, salvage yards, eBay... They're shockingly expensive. So I'd have to think of an alternative. And I did. 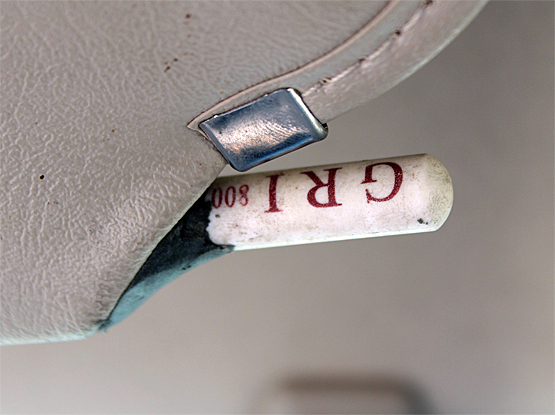 I got out my epoxy putty, prepared a grape-sized ball of it, stuck it to the former screwdriver handle, and shoved it into the visor. 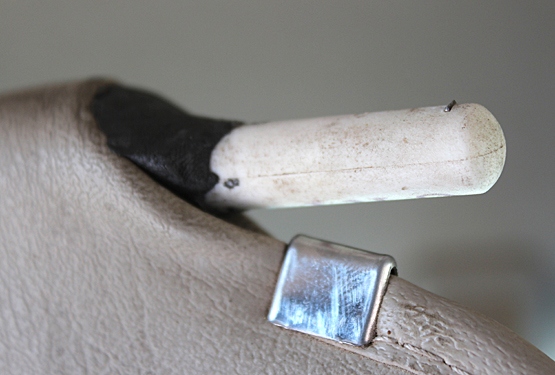 Allow a few hours for the epoxy putty to dry and cure, and I'm back in business.

I wonder what low level annoyance will next rise high enough in my consciousness for slacker me to deal with.