Why didn't I do this sooner?

Every six or seven months the fridge will turn off because the 12 Volt plug is faulty. There was a loose contact in the plug. Or power-sucking invisible creatures. Or my stupidity. (I vote for the second possibility rather than the third.) 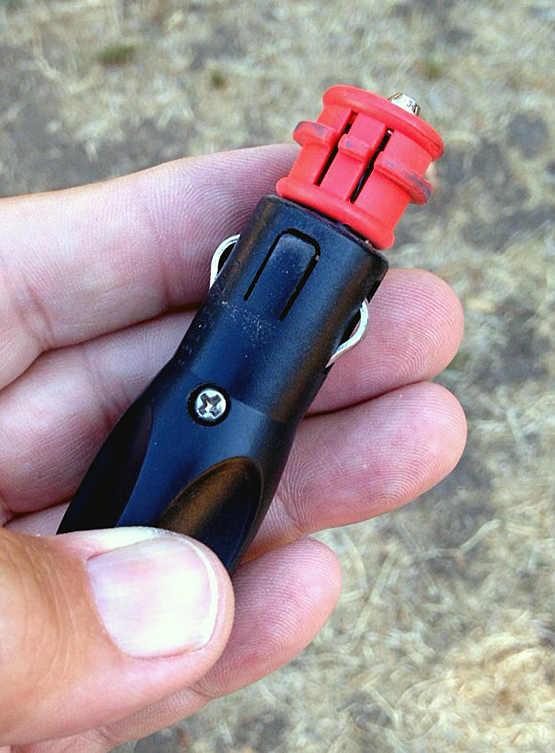 So today, after the fridge went out again, I finally did what I should have done the first time there was a problem. I cut the plug off and hardwired the cord to the fuse block I had wired into the van a couple of years ago.

The cord polarity wasn't marked obviously enough (for me) so naturally, with a 50-50 chance of getting it wrong the first time, I did. But I switched it and (cue angelic choir) it worked. 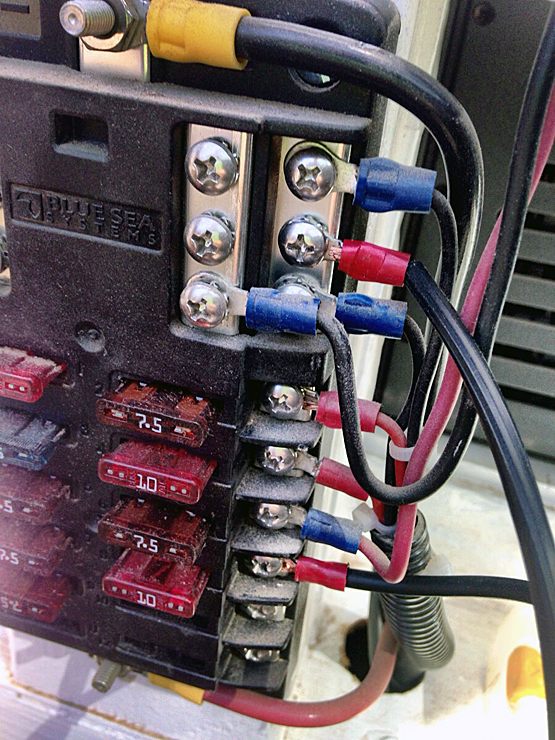 A cover snaps onto this

Now I just need to secure it with some zip ties so the wires don't vibrate and break from the connectors.

The fuse block wasn't cheap, what with it being designed and marketed for marine applications, but it certainly makes wiring things easier once the fuse block is installed. It took about three minutes to make this repair, and half of that was about getting the tools from under the bed.