I put a lot of my stuff in storage when I went to Mexico. The idea was to simplify things in case the Rolling Steel Tent were to be searched by either Mexican or US authorities. The stuff stayed in storage after I returned. "Obviously," I thought, "there's nothing in that locker I particularly need or miss." 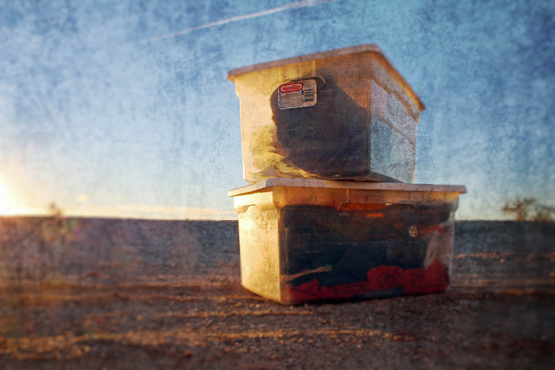 So I emptied the locker, brought the stuff out to the desert, and sorted through the duffle bag, backpack and three bins. I was ruthless about it. The essentials now fit into the backpack and one bin. The rest will be disposed of. Humanely. Some will go into a charity drop box, some will go to the Free Pile at the Rubber Tramp Rendezvous.

I went through my tool box, too. But all I could part with were some redundant screwdrivers and six small flashlights. I'm a sucker for flashlights. So are a lot of guys. That's why they're often sold near checkout stands in hardware and auto parts stores. Ooooo, machined aluminum! LEDs! Rubber push buttons! I want one! No, two, just in case.