I don't believe in fate, predestination, karma or similar things. The world is just filled with the infinite intersections of random stuff. There's no supernatural intent behind any of it. Sure, I call it luck, but I don't think luck is an actual thing. Sometimes randomness affects me positively, sometimes negatively, but usually it's rather neutral. And sometimes "luck" is the natural consequence of things I saw coming, or should've seen, but I ignored, or hoped would turn out another way. Today was a grab bag of randomness.

It was laundry and supplies day. So after my morning routine I headed to Montrose. About five miles up the highway traffic came to a halt. I couldn't see the reason because of a bend in the road. Construction maybe? I put the Rolling Steel Tent in park and waited. And waited. 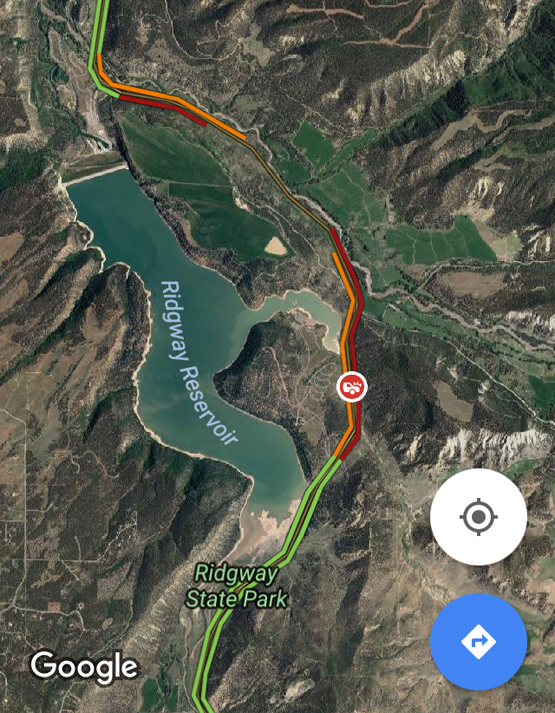 A vehicle or two would occasionally come the other way. The line would creep forward a bit. I waited. Some drivers ahead got out, walked around, talked with other drivers. Hmmmm. A DOT truck came by on the shoulder. That wasn't a good sign. Probably an accident. Very bad luck for whomever was involved. Relatively insignificant bad luck for me and the other drivers. If I had left sooner I might have avoided the accident. That would've been good luck, of which I would've been totally unaware, because nothing would've happened. If I had left at a different time I might have been in the accident. Very bad luck.

Then I realized I was in luck after all. I knew a detour. And I knew the detour because I had driven it while exploring, on a whim. "Where does this road go?" So I turned around to pick up the alternate route. Sweet.

The detour is paved at the beginning and end. The middle isn't. There was a steady stream of vehicles in both directions. They knew the detour, too. Lucky for them. Then one of them kicked up a stone that smacked almost directly in the center of my sight line. It made a chip about the size of a quarter. Aw man, bad luck. 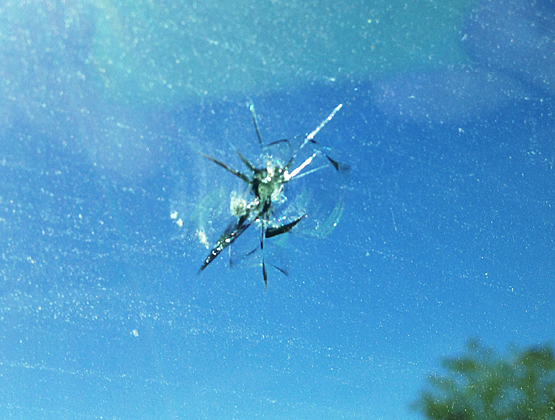 But wait. It wasn't really bad luck. The rock didn't come through the glass. It didn't harm me. It just pissed me off a little. Besides that, I had already planned to replace the windshield because of a big crack. (Earlier bad luck.) More than a week ago I had talked to Forrest's friend who does auto glass work. He said he'd get back to me with an estimate. But he hadn't, which I thought was bad luck. If he had gotten back to me, and if the windshield had just been replaced, then it would have been bad luck of the sort that convinces me some malevolent force is out to get me.

The rest of the day was filled with moments of very minor good and bad luck. It all averaged out, though. In fact, I'm ahead of the game because I'm here to write about it all. But if a meteorite smashes into the van as I sleep and turns me into a smoldering grease spot, it will be because I've blasphemed fate. Which doesn't exist. Neener neener neener, come and get me.