Into the woods again 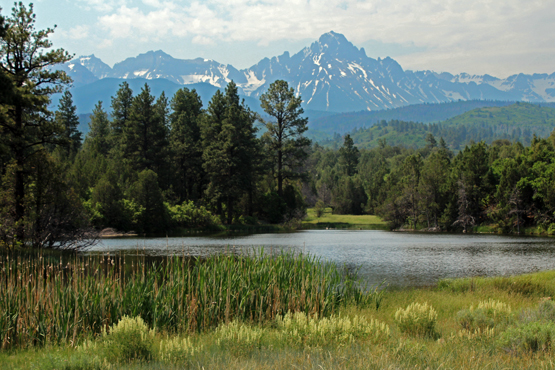 It was going to be hot in Ridgway, so I headed for higher, cooler ground. County Road 7 follows the East Fork of Dallas Creek, past Ralph Lauren's ranch, almost to the northern base of Mt. Sneffels. The road is good but deteriorates somewhat when it crosses into the Uncompahgre National Forest. Then it's lumpy and potholed but still easily passible in the Rolling Steel Tent. I wouldn't want to tow anything up there, though. But I don't want to tow anything anywhere, so take my opinion for what it's worth. 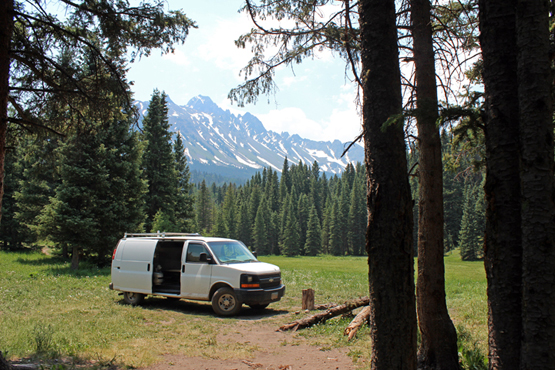 There are several places to camp on the way to Blue Lakes trailhead, at the end of the road. Some are next to meadows, with fewer next to the creek. I like water. The large, tenacious flies in the area seem to have no preference. 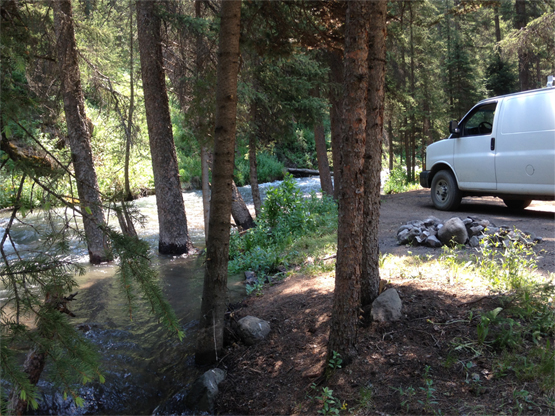 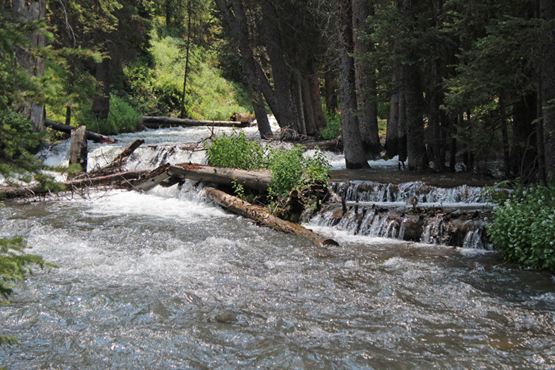