The Rolling Steel Tent has modest power for its size and weight, so it needs to be in lower gears, revving like a maniac, to climb steep grades. That generates extra heat—sometimes faster than the cooling system can deal with it. In the previous blog entry I mentioned pausing from my climb out of Black Canyon of the Gunnison to let the engine cool down. The temperature hadn't reached the dangerous range (which I knew because I watch my gauges, unlike some people), but there was an opportunity to pull off the road, so I did. Take care of the engine and the engine will take care of you. 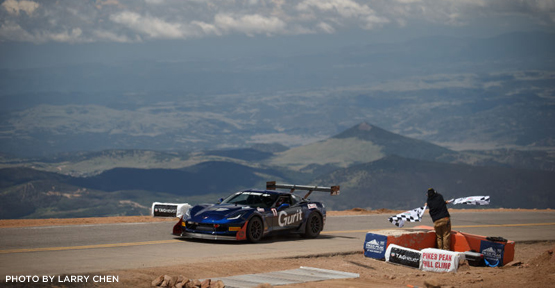 Last week, elsewhere in Colorado, race drives not in cargo vans containing all their earthy possessions were screaming up the steep grades of Pikes Peak. They had engine cooling issues of their own—because of the elevation. As driver/car owner Rob Holland explained in Jalopnik:


First and foremost is that all cars struggle with overheating to varying degrees at Pikes Peak.  The air above 10,000 feet, and while cooler, it is also very thin and very dry. That combination is the worst-case scenario for cooling, as air at that altitude has very little convective capability and overall heat capacity.

Ah, thin air. I hadn't ever thought of that. I'll have to keep it in mind.