On the road west

It was time to head back to Los Angeles so the oncologist could give me the word on the PET scan results and do a little poking and peeking. 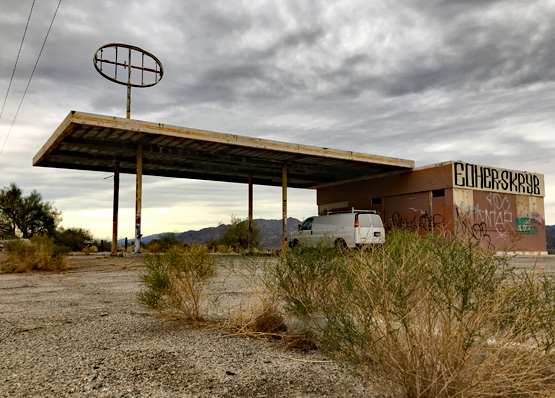 Though I had posed the Rolling Steel Tent at an abandoned gas station in downtown Desert Center, there was another one west of town I had never stopped at. The oval shape of the former sign makes me believe it was an Exxon/Esso/Standard/American station. The land is for sale, in case you want a place in the desert where you can watch and listen to traffic go by on the Interstate. 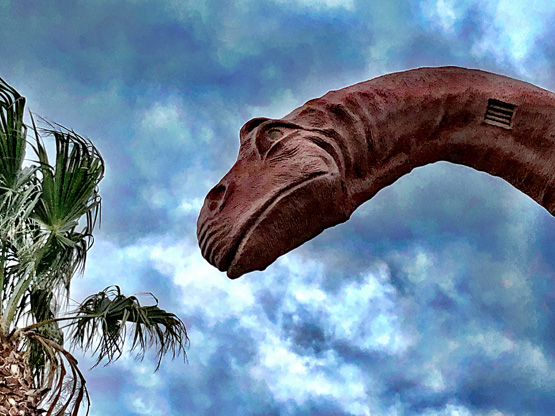 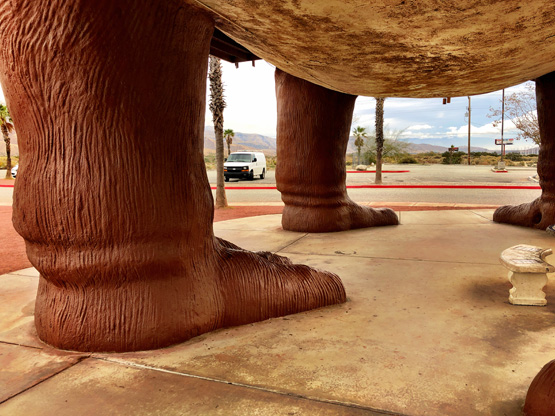 Since I had plenty of time, I also stopped to pay my respects to the dinosaurs in Cabazon. It’s sad, probably even angering, that the roadside attraction is now a creationist museum. But at least they’re maintaining the dinos, keeping them from extinction. 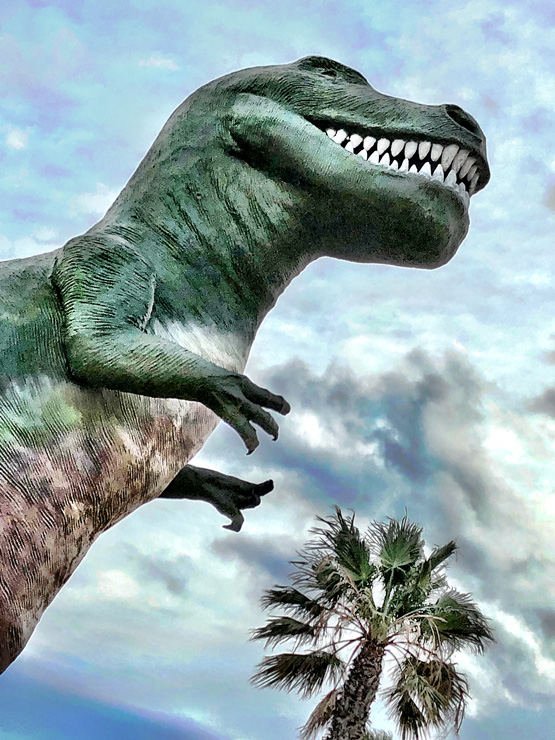